A fifteenth-century manuscript from The Hague

The fifth centenary of the first book ever printed in The Hague fell on 4 September 2018. The Hague’s first printer, Hugo Janszoon van Woerden, had started out on his career in Leiden in 1494. A large part of his output consisted of devotional works in small format, and the first book printed in The Hague was no exception. The Book, Die wandelinghe der bloemen, is a collection of meditations on Christ’s Passion illustrated with woodcuts. 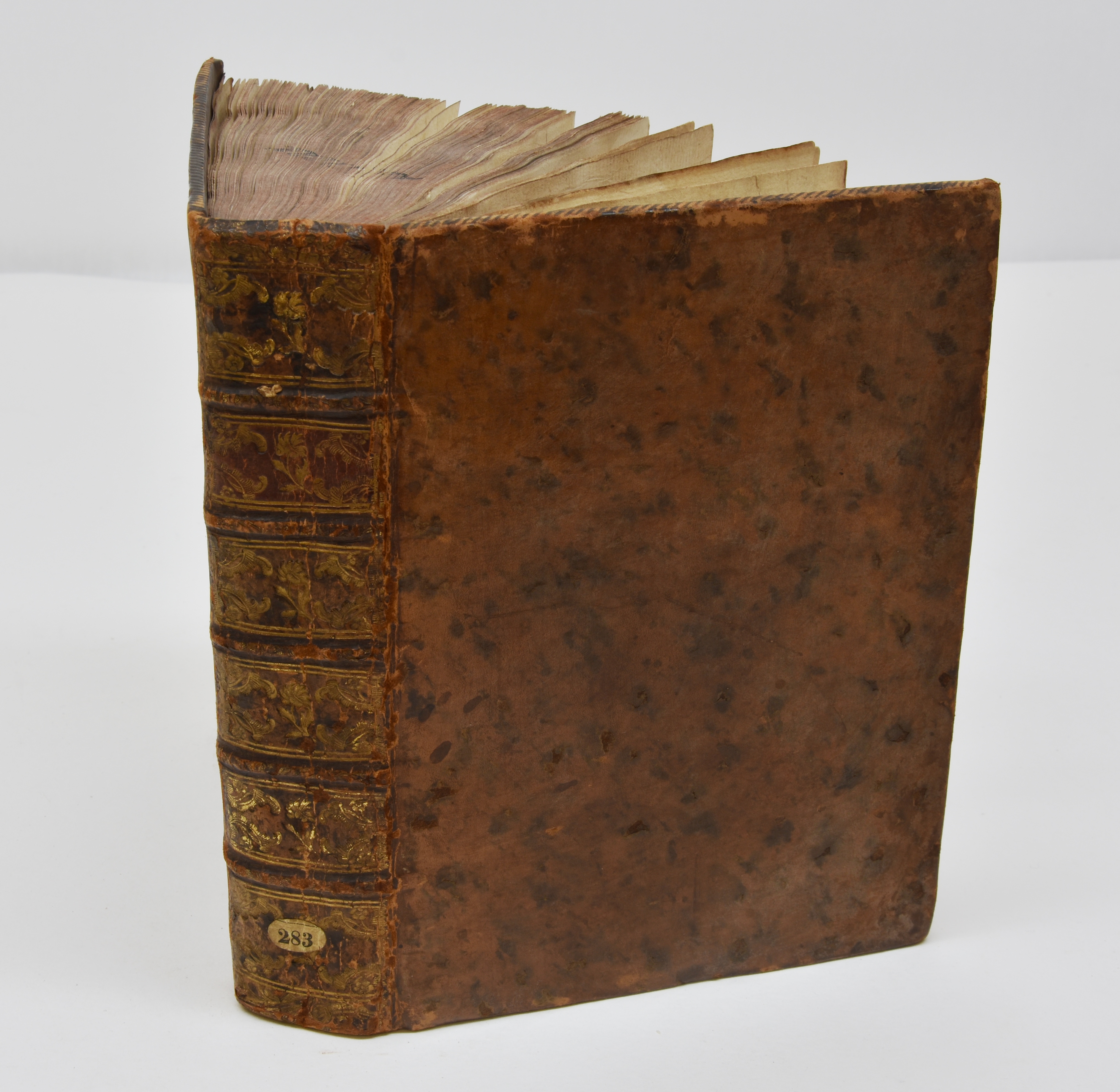 That the first printed book in The Hague came from the press relatively late is probably due to the fact that The Hague was no more than a village at the beginning of the sixteenth century. Delft and Leiden, cities where books had been printed since 1477 and 1483, were close by. It was fairly easy to import both manuscript and printed books from there, while books were also sent to The Hague from other places. There were books and libraries in The Hague long before Die wandelinghe der bloemen was printed. The Grote Kerk for instance already had a library in the fifteenth century, and manuscripts were produced and collected in convents and monasteries in The Hague. 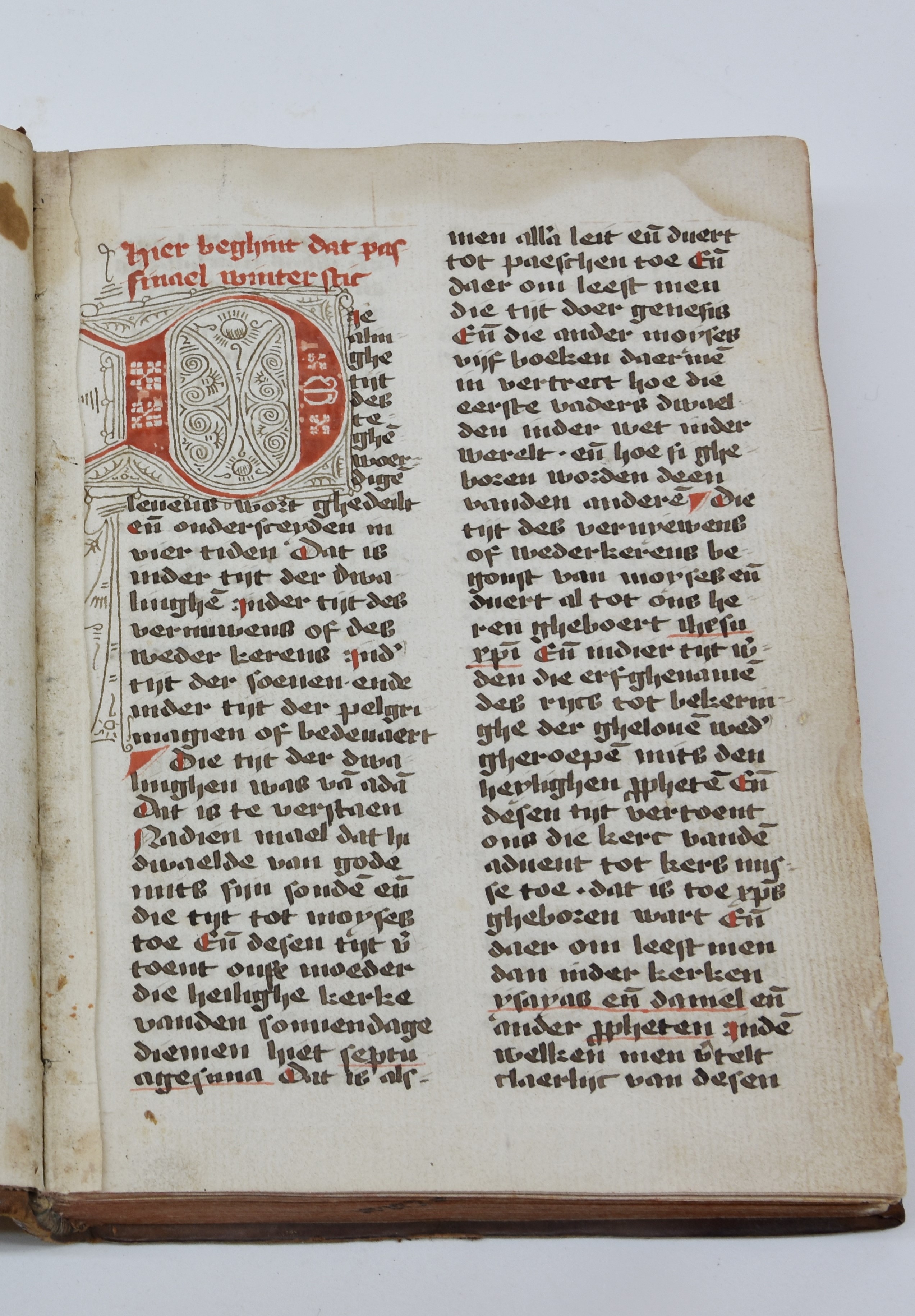 One such manuscript which belonged to a convent in The Hague is kept in the University Library Leiden under shelfmark LTK 283.

It is a fifteenth-century manuscript of the so-called ‘winter part’ (Advent through Ascension) of the Legenda aurea, a thirteenth-century collection of saints’ lives and texts on feast days compiled by the archbishop of Genova, Jacobus de Voragine (c. 1230-1298). It was an immensely popular text, translated into all European languages and preserved in some thousand manuscript copies. The manuscript from The Hague in Leiden’s University Library is a Middle Dutch translation of the Legenda aurea with a few saints' lives added. According to the colophon it was completed ‘op sinte Julius dach confessoer’ (on the feast day of Julius the Confessor, 12 April). A recent study by Gisela Gerritsen- Geywitz has shown that the penwork (the decoration consisting of thin ink lines) was done in Utrecht, which probably means that the manuscript was also copied in that city. It was definitely part of the library of the convent of St. Agnes in The Hague: ‘Dit boeck hoert toe den susteren van sinte agnieten binnen scrave[n] haghe van sinte augustijns oerde’ (This book belongs to the sisters of Saint Agnes of the Augustinian order in The Hague). The convent of St. Agnes had been founded in 1447 and was located on Westeinde, near the Grote Kerk.

The manuscript was owned by the minister and linguist Anneus Ypey (1760-1837) in the late eighteenth century. The auction catalogue of his library describes the book as ‘A fine manuscript in an English binding’ – a leather binding with a tight back, which is still in place. The lawyer Jacob Hendrik Hoeufft (1756-1843) presumably bought the manuscript at the auction of Ypey’s library, after which it was acquired by Leiden University Library when Hoeufft’s own library was auctioned in 1844. 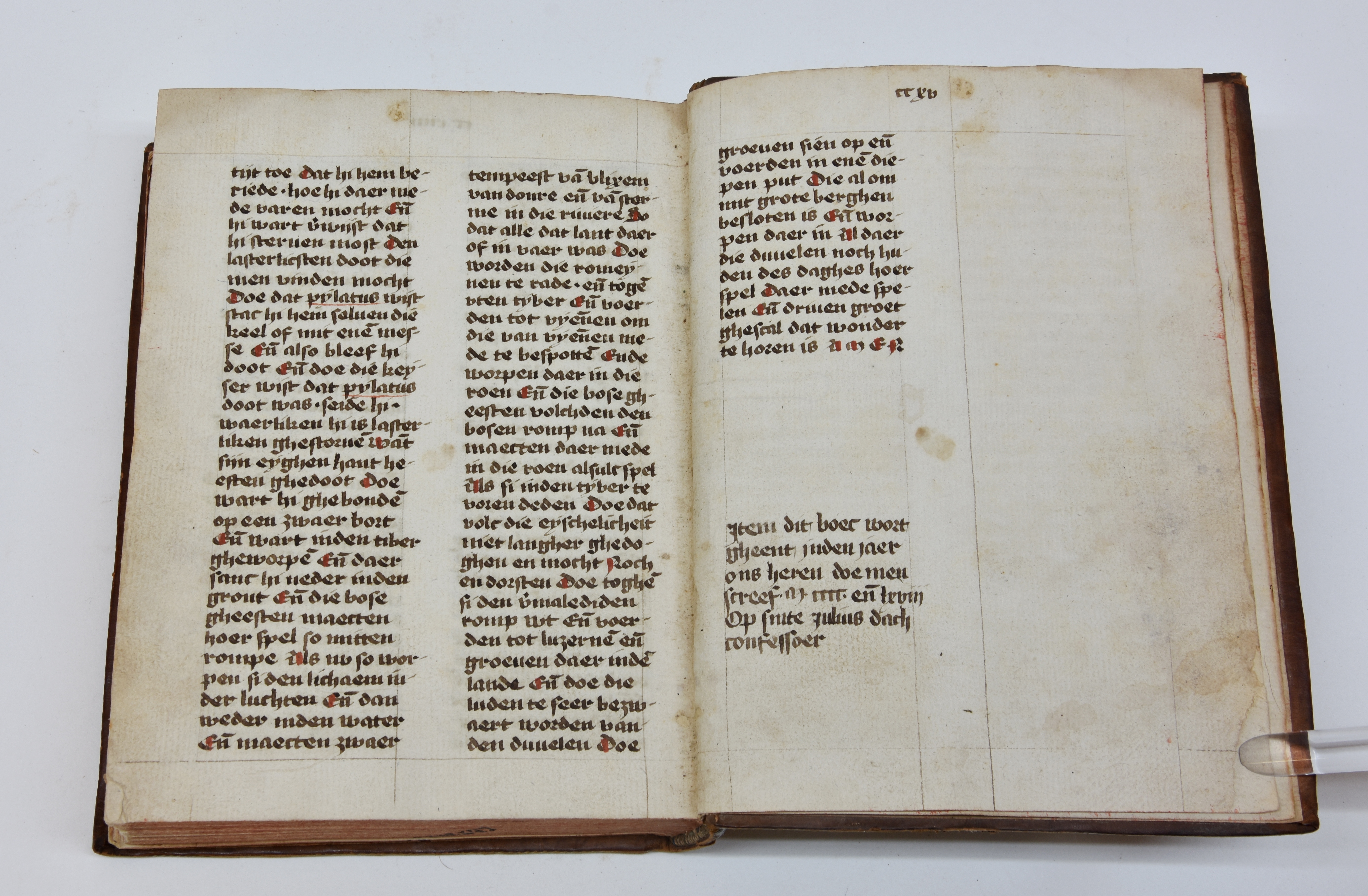 Blog post by Erik Geleijns, Curator of Early Collections at Museum Meermanno and Collections Specialist at the National Library of the Netherlands