A Piano on Java

Pen drawings in a manuscript copy of the story 'Sarina. A Javanese woman' show a piano. But what is a piano doing on Java?

Following the closure of the library of the Royal Institute for the Tropics (Amsterdam), the management of their Colonial Collection has been transferred to the Leiden University Libraries on 12 December 2013. This has increased the Leiden collections with nearly 25,000 titles, almost a mile of shelving space. The collection also contains c. 500 manuscripts, all of which have been checked and their bibliographic records updated if necessary.

One of these manuscripts is Br RG-25. It contains three stories, copied by hand in the 1960s, such as 'Sarina. Eene Javaansche vrouw' (‘Sarina. A Javanese woman’) by ‘Eswea’. It features a Javanese housekeeper and her imminent marriage to her ‘European’ employer, Mr Loevestein tot Maas en Waal, and her possible departure for the Netherlands.

The manuscript was copied and illustrated by C.W. Messemaker, who donated it to the Royal Institute for the Tropics at the age of 92. In an accompanying letter he writes that there were no photos or drawings in the original books, but that he was able to add these by drawing upon his memories from the Dutch East Indies. The pen drawings in Sarina, however, are largely copied from a printed edition illustrated by Cornelia van der Hart (1851–1946). Nevertheless, Messemaker also added some of his own drawings. One of these, mentioned explicitly in his letter, shows a piano. The story does indeed refer to someone playing the piano, but Messemaker had never seen one in his own days in Java and he thought it must have been very uncommon. ‘But’, so he writes rather cryptically, ‘perhaps Sarina was afraid of the music?’ 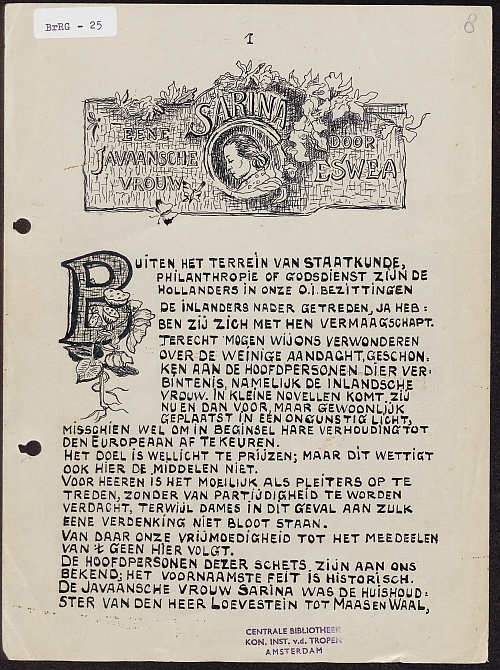 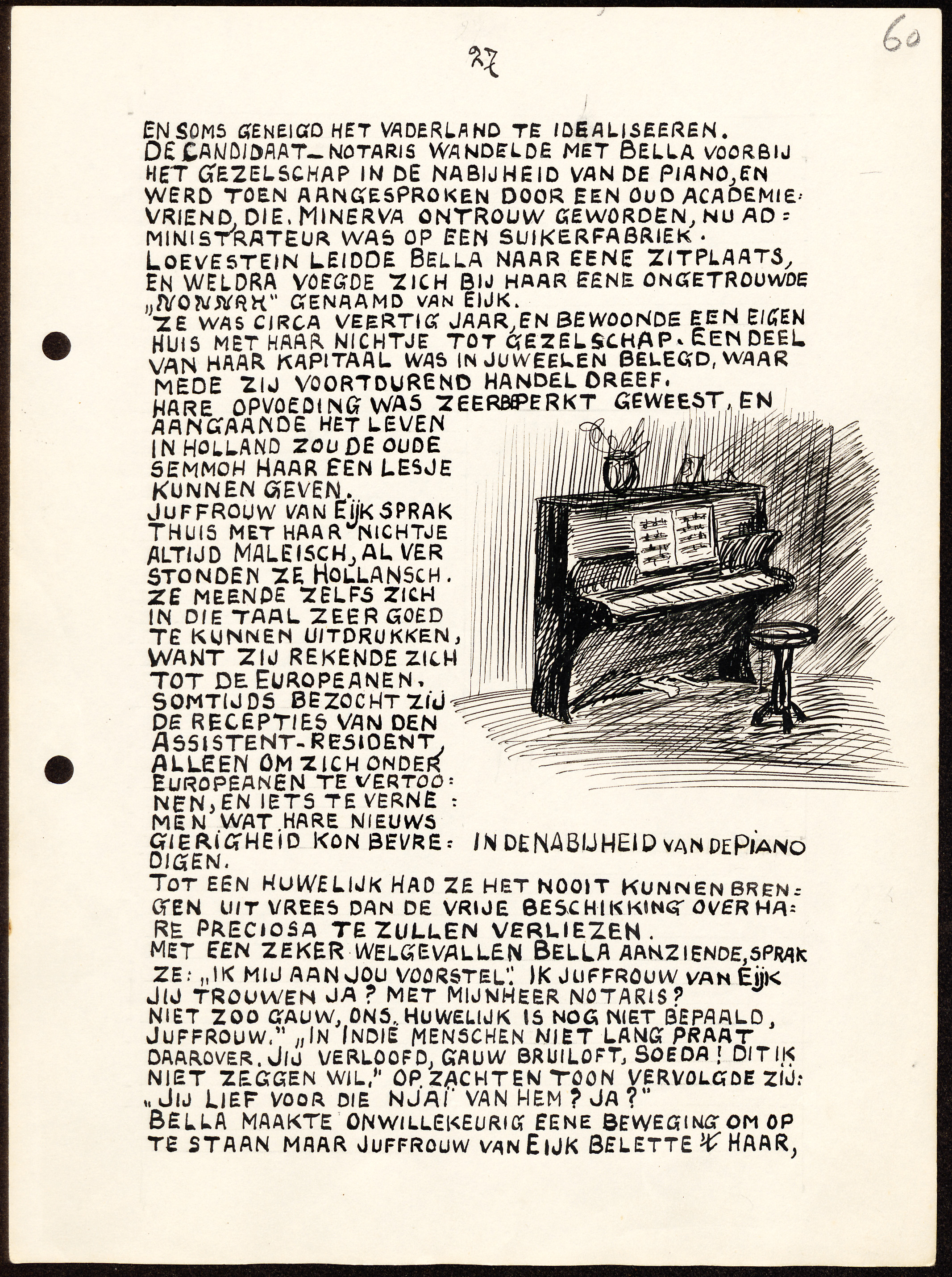