A Pop-up Plate of the Holy Ka’ba in Mecca

A 60-year-old pop-up plate of the Grand Mosque of Mecca by Czech artist Vojtěch Kubašta evokes feelings of acute nostalgia.

Did you grow up between the 1950s and 1970s? If so, there’s a fair chance you had one or more pop-up books of fairytales such as Hansel and Gretel or Little Red Riding Hood. Many of these were illustrated by Vojtěch Kubašta (Vienna 1914 – Prague 1992) and published by ARTIA in Prague, Czechoslovakia. Yet rosy-cheeked Hansel and Gretel and wolves in frilled caps with an appetite for human flesh were not the only assignments that Kubašta took on.

In the late ‘50s or early ‘60s he designed a pop-up plate of the Grand Mosque of Mecca and the Ka’ba, the holiest shrine of Islam. The order must have come from Jordan, for on the reverse is a picture of a very young King Hussein, touching the famous Black Stone of the Ka’ba. The object was acquired in Jerusalem by G.W.J. Drewes (1899–1992), professor of Arabic at Leiden University. 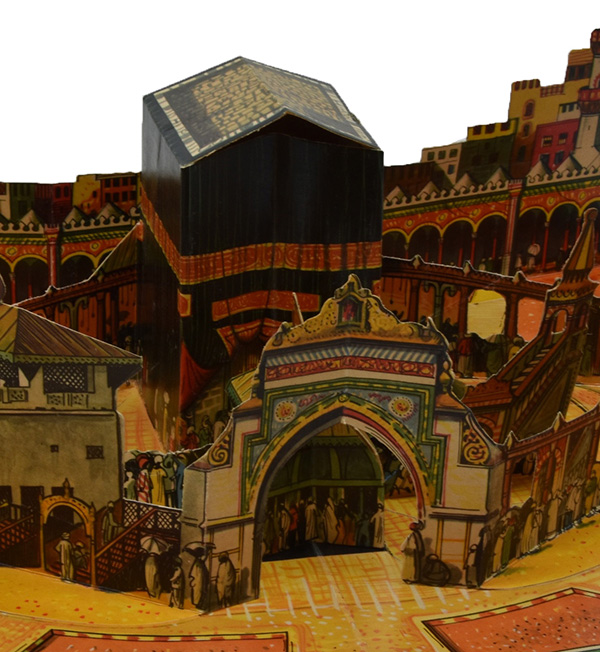 For me personally the plate evokes an overwhelming sense of nostalgia. It dates from before the Israeli occupation of Jerusalem. Vojtěch Kubašta, King Hussein and Professor Drewes are no more. But above all, the colourful and perhaps naïve image depicts the Grand Mosque as it was sixty years ago, before Muslim pilgrims started making their way to Mecca in numbers that literally crushed the venerable old buildings. But the Ka’ba still stands in its austere simplicity, symbolising the spirit of Islam.

Professor Drewes started his career in the Dutch East Indies, and during World War II spent years in Nazi hostage camps. A fine scholar and a courageous man, he re-invented himself after the war and taught Arabic at Leiden. In 2017 most of his scholarly papers were donated to Leiden University Libraries by his daughter Harmine, who also founded the G.W.J. Drewes fellowship in the Scaliger Institute in remembrance of her learned father.

In a vodcast organised by LUCIS, the Leiden University Centre for the Study of Islam and Society, and produced by Faithful to the Subject, I explain more about this unusual object. 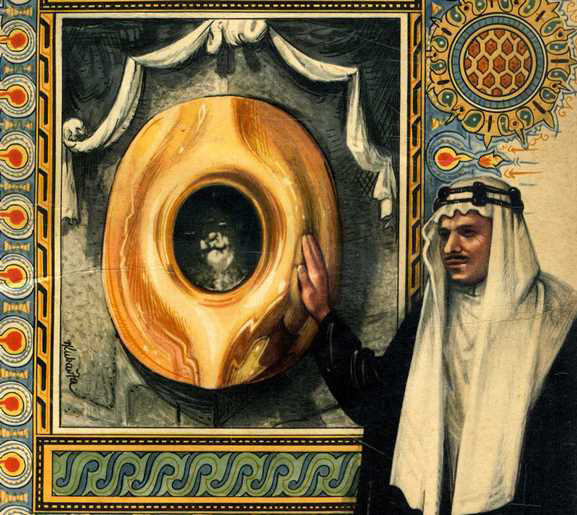