A Turkish Phrasebook for the Crimean War

During the Crimean War, British servicemen were in urgent need of a Turkish phrasebook when haggling over the price of a rug.

When the Crimean War broke out in 1854 thousands of British servicemen were dispatched to the Ottoman Empire. William Burckhardt Barker, born in 1810 into a family of British consuls in Syria and at the time teacher of Oriental languages at Eton, decided to meet the sudden demand for a Turkish language guide with a vocabulary and simple dialogues. In the dialogues Englishmen haggle over the price of a rug or give a reprimand to a servant. The front seems thousands of miles away. Barker followed the troops and in 1856 died of the cholera in Sinop, on the Black Sea coast of Turkey.

The cover shows an Ottoman crescent, a cross, the Union Jack and the French tricolore as symbols of the alliance between Great Britain, France and the Ottoman Empire against the depredations of the Russians.

This copy was formerly in the library of the Royal Artillery Institution in London, where the need for Ottoman conversation books may no longer have been felt as acutely as in the past. It was purchased by Leiden University Libraries in 2008. [840 D 57] 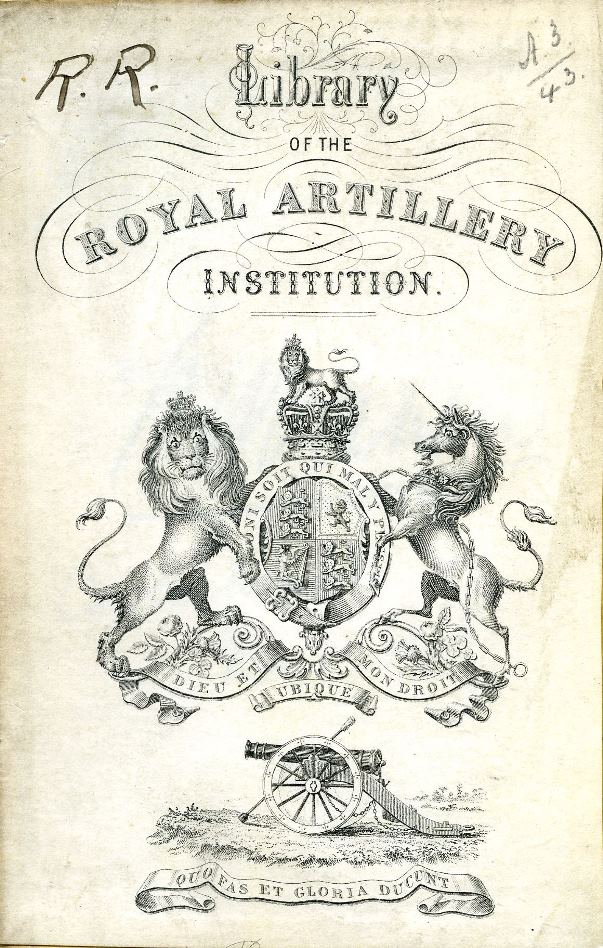