An Englishman in Holland

Recollections of a few days spent in Holland in 1826.

When the Englishman William Geary plans a business trip to Holland for the summer of 1826, his sister Sophia decides to accompany him. To give her a good impression of the country they combine business with sightseeing. Brother and sister embark at Great Yarmouth and after a rather uncomfortable crossing their Dutch tour starts in Rotterdam. In a short period of time they also visit The Hague, Amsterdam and a few small villages such as Scheveningen, Broek in Waterland and Katwijk. Back home, Geary decides to write a travel journal for some friends. This journal, Recollections of a few days spent in Holland in 1826, is preserved in the Special Collections of Leiden University Libraries (BPL 3204). Geary focuses primarily on their holiday experiences and never goes into detail about his commercial ventures, leaving his type of trade something of a mystery.

Geary really makes an effort to make his journal entertaining for the reader, and he criticizes the dullness and wordiness of many travelogues. Some sights such as the Huis ten Bosch palace and a workhouse in Amsterdam are described in detail, but he never loses himself in endless lists of facts. Here and there Geary even adds an amusing anecdote. On his way to Haarlem, for example, they stop in a tiny village and he tries to obtain some biscuits for Sophia. But when he asks around no one understands what he means, while he is sure that this product exists in Holland and has a similar spelling! It takes a while for the bystanders to conclude that he means beschuit (the Dutch word for rusk).

Geary also describes the Dutch customs and habits that strike him. Of course, he mentions the famous cleanliness of the Dutch. During a visit to Broek and its surroundings it takes a while before the company realizes they are standing in a cowshed. The bricks and stones are polished cleaner than the average English kitchen floor! Geary is very positive about Dutch society and devotes special attention to social status (which is less strictly defined than in England), the courteous manners and the sensible behaviour of the common people. Nevertheless, he concludes with the remark that the Englishman takes his religious duties more seriously. Some Dutchmen do not take their hat off in church and even drink coffee inside!

Post by Tessa Bosch, student for a Master’s degree in 'Book and Digital media Studies' at Leiden University. In partial fulfilment of the requirements of her MA thesis she is currently preparing an edition of this travelogue. 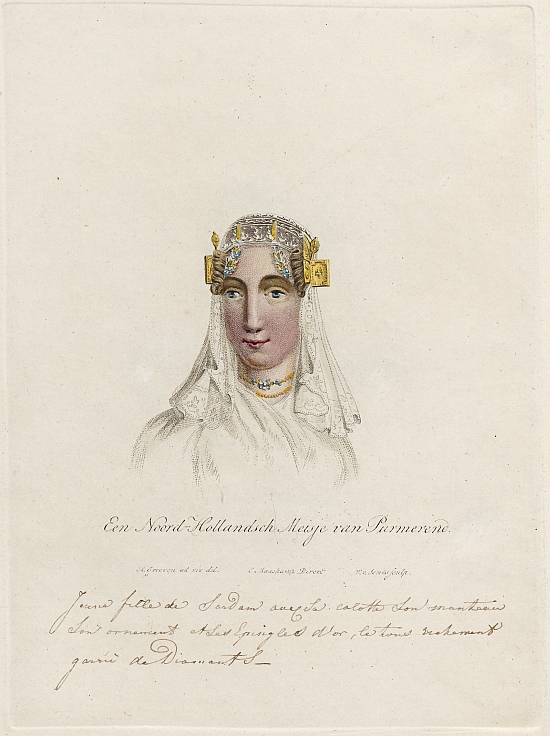