The less neurotic approach to Islam in the Age of Enlightenment is reflected in the title page illustration of Du Ryer's Quran translation published by Pierre Mortier.

In 1647 André du Ryer, consul of France in Egypt, published a French translation of the Quran. It was the first ever in a modern European language. Only two years later the first ‘pirated’ edition appeared in Amsterdam. More would follow, including a widely published retranslation into Dutch. Du Ryer himself described the Quran as an invention of the ‘false prophet Mahomet’, and many Dutch editions show an image of Muhammad as a dishevelled psychic. However, in the Age of Enlightenment the public adopted a less neurotic approach to Islam.

This changing image of Islam is reflected in a newly acquired French translation of Du Ryer, published by Pierre Mortier in Amsterdam (1734). For this edition the engraver Adolf van der Laan (c. 1690-1742) designed a new title page illustration. It shows the Prophet Muhammad as a handsome man in the posture of a wise teacher, surrounded by a little crowd of believers, consisting of Arabs or Turks, Chinese and an African.

In the background there are Hindu-like, bareheaded ‘pagans’ in long robes, some of whom are worshipping the statue of a god in a pavilion. A (holy?) cow is nuzzling against a prostrate figure. The image suggests that the pagans are detaching themselves from their own group, attracted as they are by the imposing figure of Muhammad and his teachings. 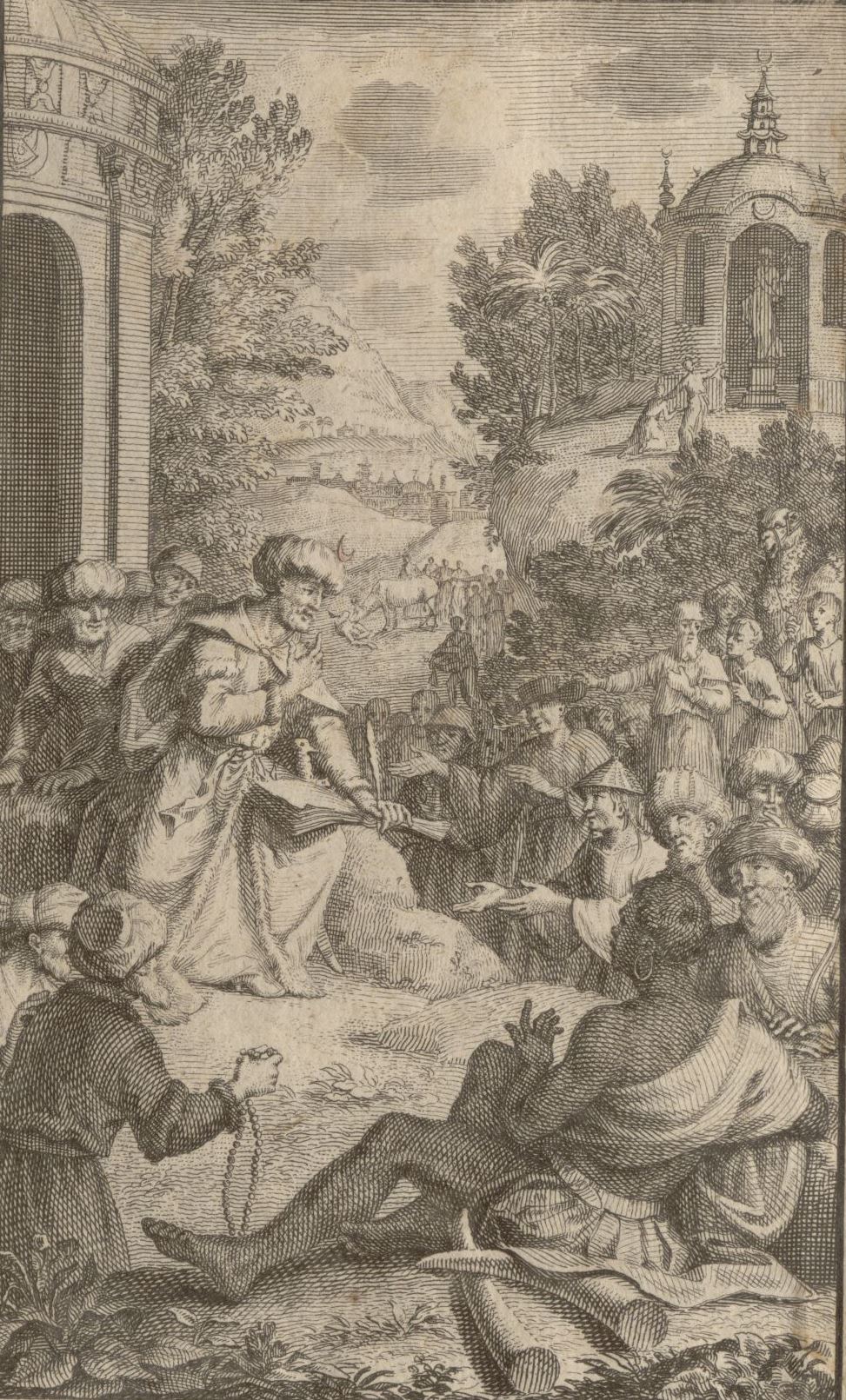