Installing the Wigalois manuscript in the Rheinisches Museum. A courier reports.

Manifold and time consuming are the activities that precede the actual lending of collection items to exhibitions outside the library. It requires paperwork and emails by registrars and coordinators, expertise and advice provided by curators and conservators, a sense of balancing the interests of both parties and last but not least a good deal of patience. Not only borrowing and lending institutions are involved, but also insurance and art shipping companies. 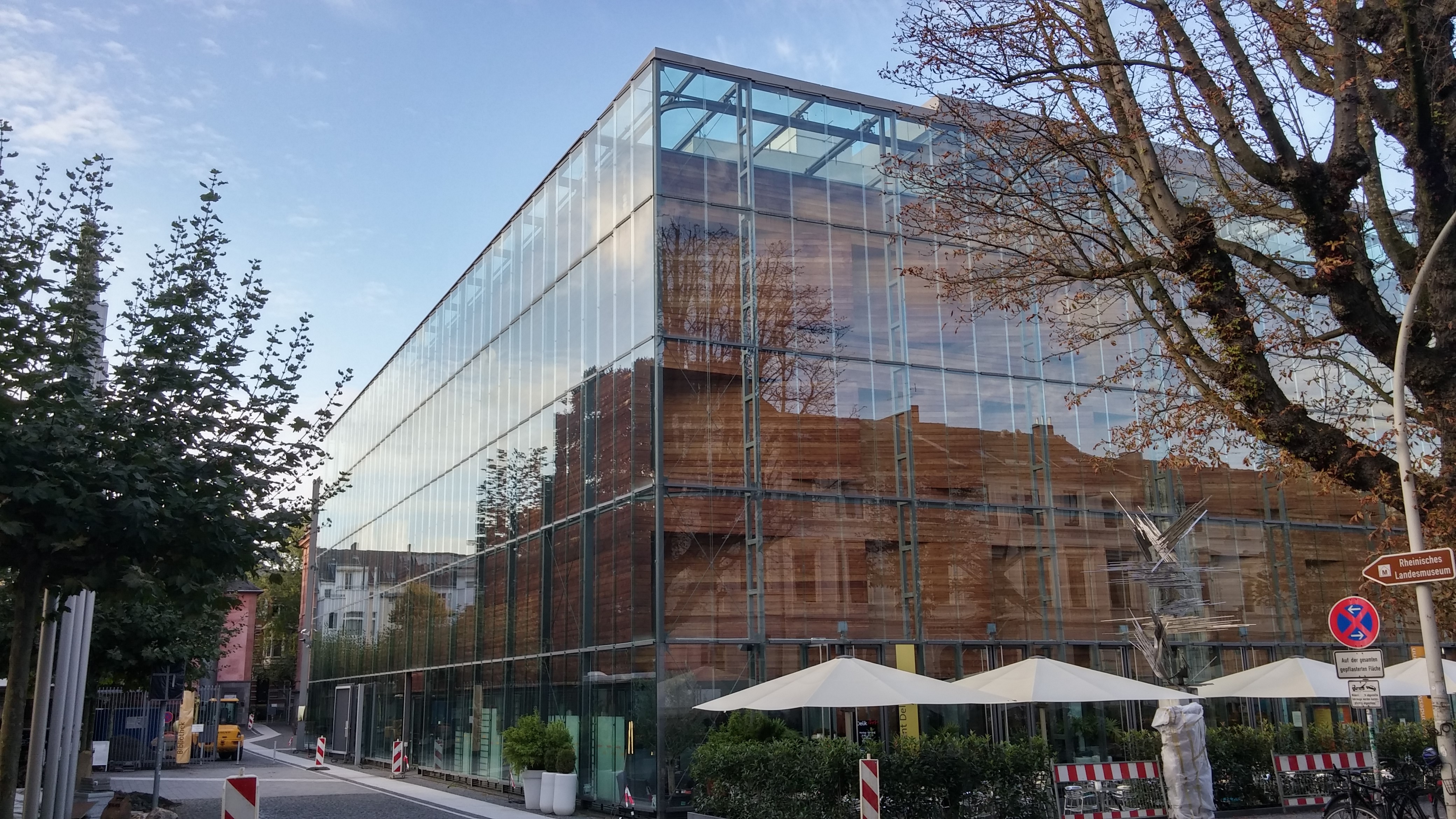 It was, therefore, no surprise that well over a year in advance the Rheinisches Museum sent out loan requests for its prestigious exhibition ‘Die Zisterzienser. Das Europa der Klöster’. Showing over 200 objects from all parts of Europe it tells the success story of an order that founded hundreds of closely connected monasteries and convents since its start in Citeaux (1098). The Cistercians have exercised a profound influence on medieval society, both spiritually and secularly. Just think of their special devotion for the Virgin Mary and their expertise in cultivating remote and undeveloped areas.

The order frequently enjoyed close ties with noble families. And in this respect the lavishly illuminated Wigalois manuscript kept in Leiden (under shelfmark LTK 537) was deemed a key witness, since a monk of the Cistercian abbey Amelungsborn (Niedersachsen) was the scribe who copied this German romance about the adventures of an Arthurian knight for duke Albrecht II of Braunschweig-Grubenhagen.

Displaying the Wigalois in the Rheinisches Museum for the entire period of seven months (29 June 2017 – 28 January 2018) is not in line with the terms and conditions of Leiden University Libraries. But it was agreed that the precious manuscript would be on show for the second half of the exhibition and that a Leiden courier would be present at its installation in Bonn. 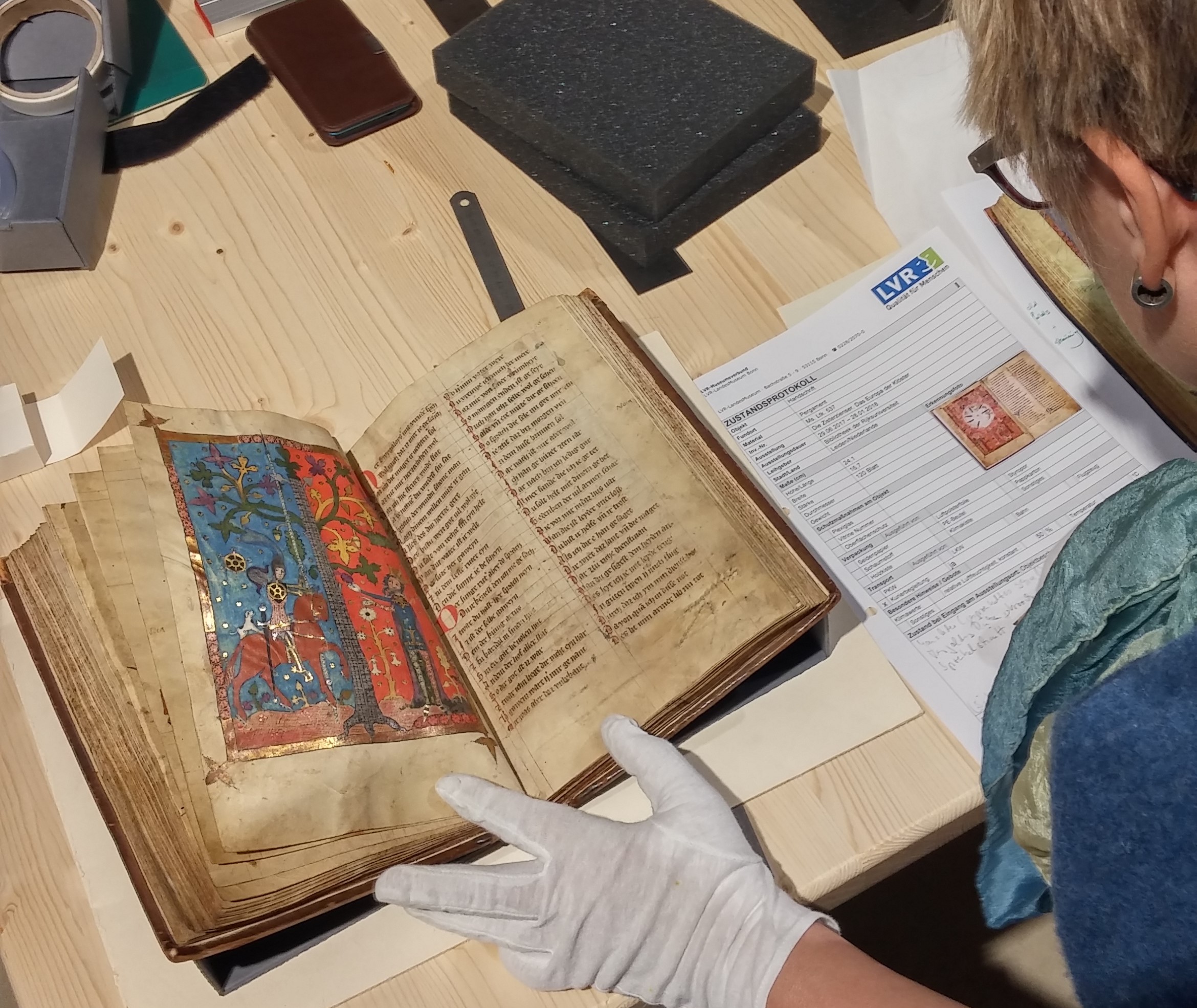 On Monday 2 October the Wigalois was transported and installed. The roads from Leiden to Bonn add up to about 300 kilometers: several days for a knight on horseback, but by car it took less than four hours. Its ‘armour’ consisted of a clamshell box placed in a fitting climatized crate. The condition report drawn up by the conservator in Leiden was duly checked by her German colleague against the manuscript upon its arrival in Bonn. This is a standard procedure for precious loans, to avoid disputes about changes that may have occurred during the exhibition period.

The next important action is to stabilize the opened manuscript on a book support. It was specially made in Leiden to display the selected opening (agreed upon beforehand) without stressing the binding. With melinex binding strips the conservator fastens both sides of the opened bookblock to the support, except for the two leaves forming the selected opening, which are secured to the bookblock with four little clips. After a last check of the lighting and climatization, the construction was placed in the showcase and its door closed in the presence of the courier, to be opened again only in early 2018, for the return transport.

Consider traveling to Bonn and visiting the exhibition yourself; sixty thousand visitors so far have done the same! 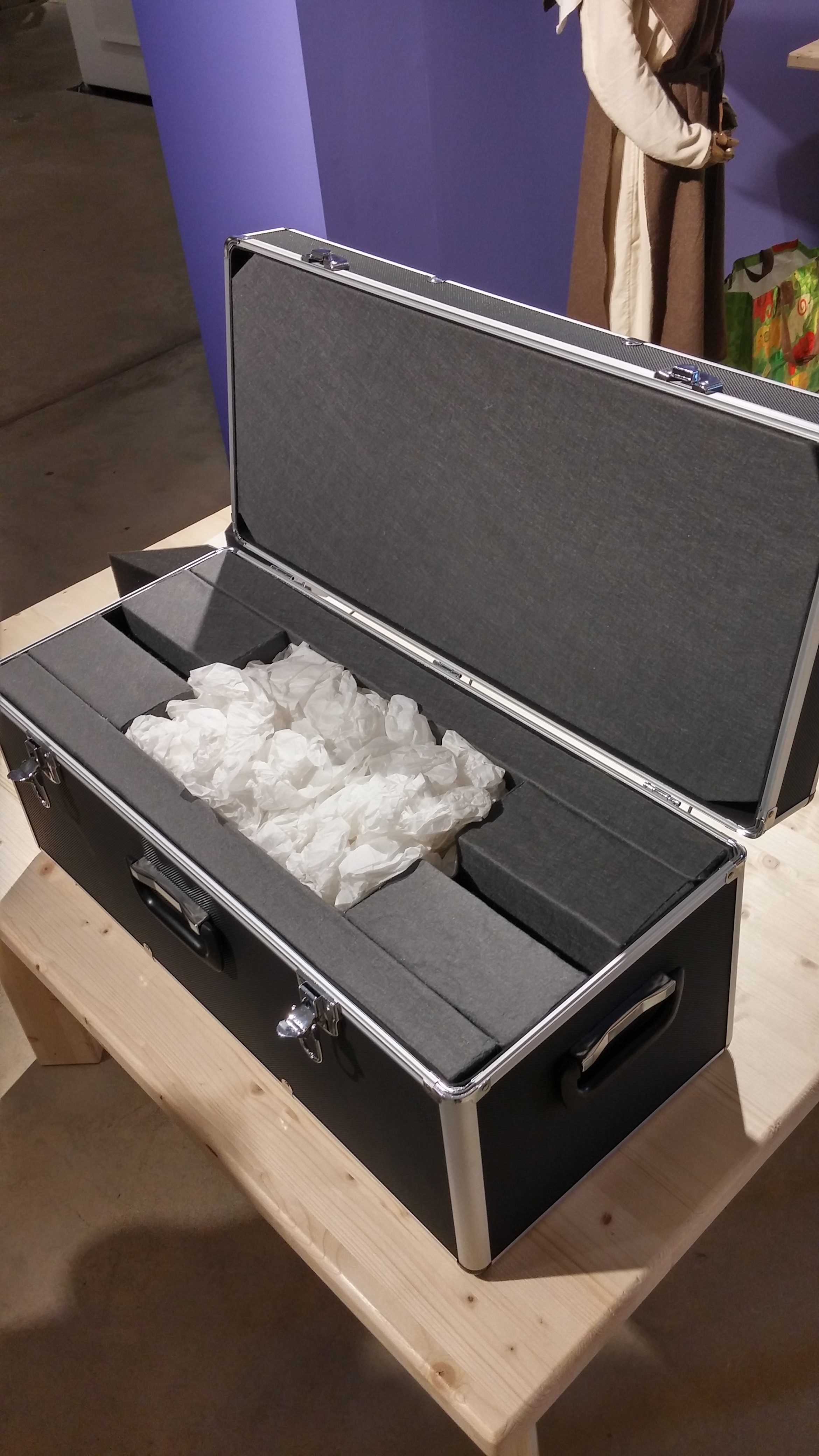 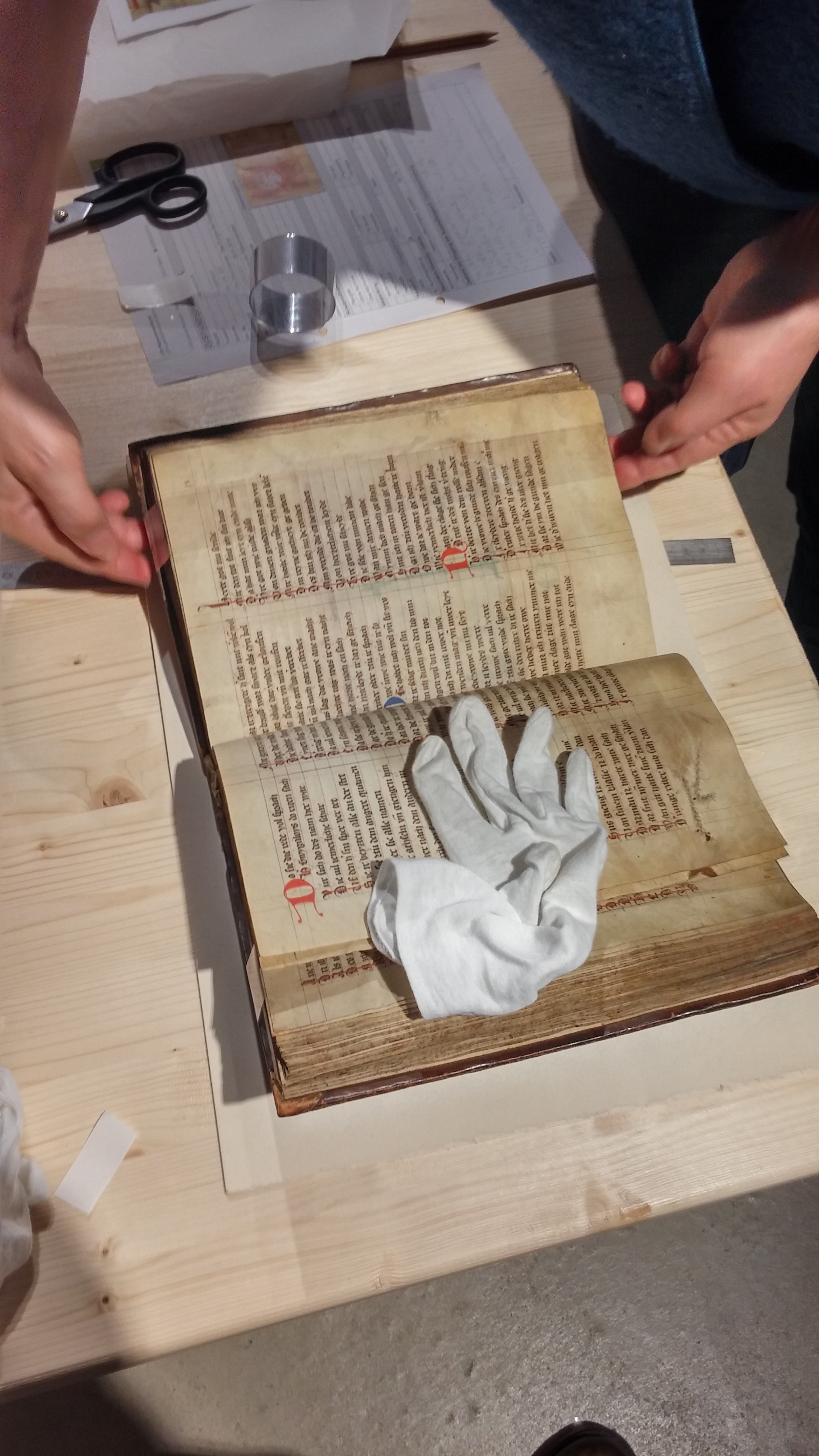 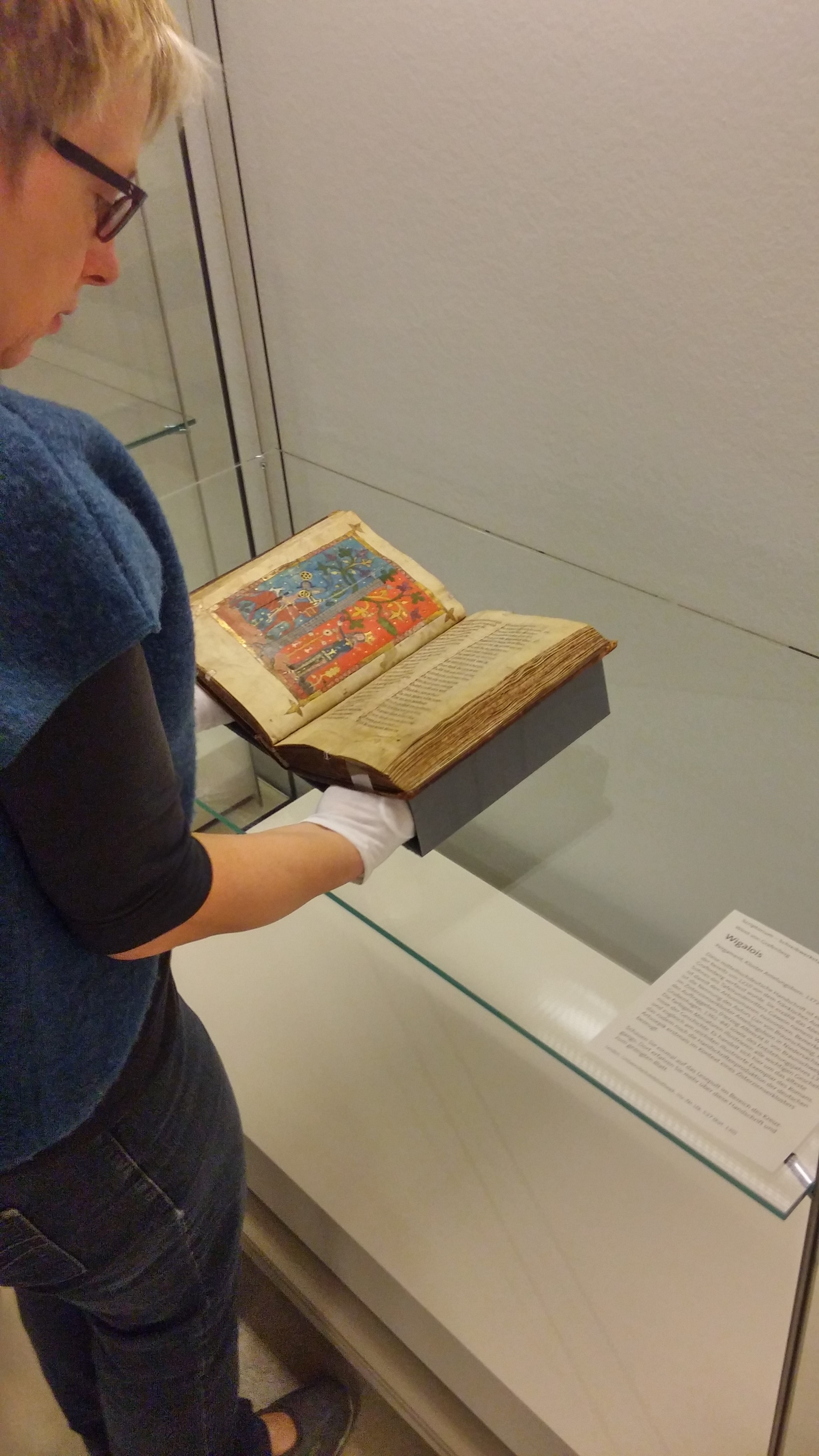