The collection comprises 56 portfolios, each with dozens of smaller publications, mainly in the field of mathematics, sciences and technique.

The greatest part of the private library of professor David Bierens de Haan (1822-1895), professor of mathematics 1863-1892, was bequeathed at the end of the nineteenth century to the Leiden University Library. One of the collections was called the Bibliotheca Mathematica, comprising 56 portfolios, each of which containing dozens of smaller publications, mainly in the field of mathematics, sciences and technique. The collection, consisting of 24 portfolios in quarto and 32 in octavo, with in total 1741 titles, was until recently not catalogued, and for that reason neither searchable nor readily available.

Over the past year these titles have been catalogued. Half of them proved to be present in other Dutch libraries, half of them are unique for the Netherlands. Most of the titles could be found in Worldcat, but some of them not. The Bibliotheca Mathematica covers a great variety of topics. On the one hand many publications deal with mathematics, among them contributions from well known mathematicians like Condorcet, Cauchy, Riemann and Gauss, and many articles published in the annual reports (Jahres-Berichte) of the German gymnasia. On the other hand the collection consists of articles

Most articles date from the nineteenth century, but there are also publications from the eighteenth and some rare specimens of the seventeenth century. The oldest publication is a work by the Italian mathematician Camillo Raverta (1547-1604): Geometricum Problema (Milan 1602). The Leiden copy is the only one in the Netherlands. 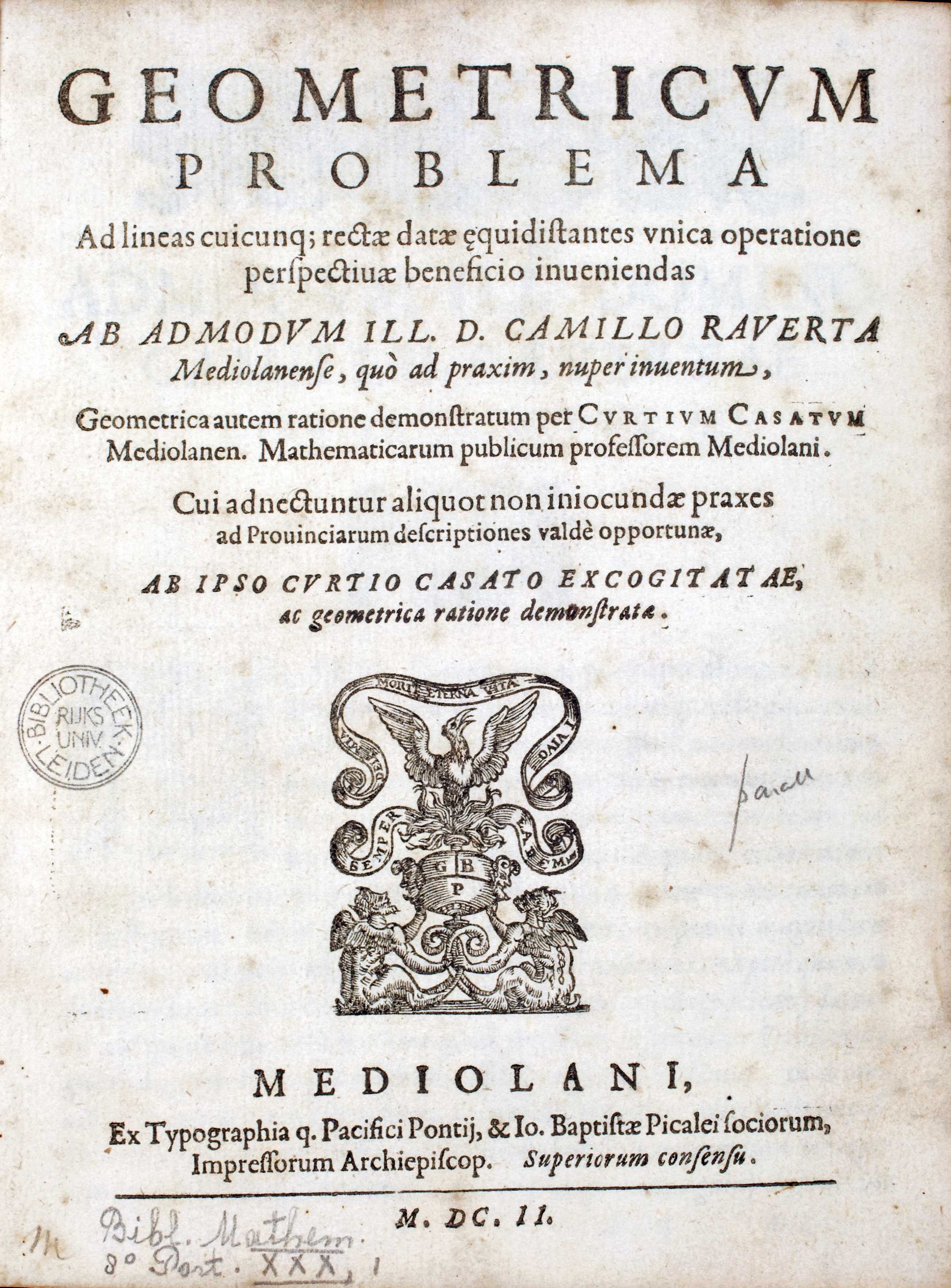