Dirc Potter treats the dos and don’ts of love in a didactic poem of 11,000 verses. The theory is illustrated with some sixty examples: love histories taken from the Bible and the work of the Latin poet Ovid.

As a clerk, bailiff and diplomat Dirc Potter (c. 1370-1428) made a career in the service of the count of Holland. He is also known as the author of works such as Der minnen loep, a didactic poem in 11,000 verses on the progress of love. It was presumably written during a visit to Italy in 1411-1412.

The primitive watercolour in the Leiden manuscript of Der minnen loep, copied in 1486, shows the tragical ending of the history of Hero and Leander. In this story on fatal love, Leander frequently crosses the Hellespont at night to pay secret visits to his beloved Hero. When a storm continues to rage, his desire proves too strong for his patience and he drowns during the crossing. When Hero chances upon Leander’s body she drowns herself in the sea. The anonymous artist depicts the dead body of Leander twice: once washed ashore and a second time embraced by Hero in the water. 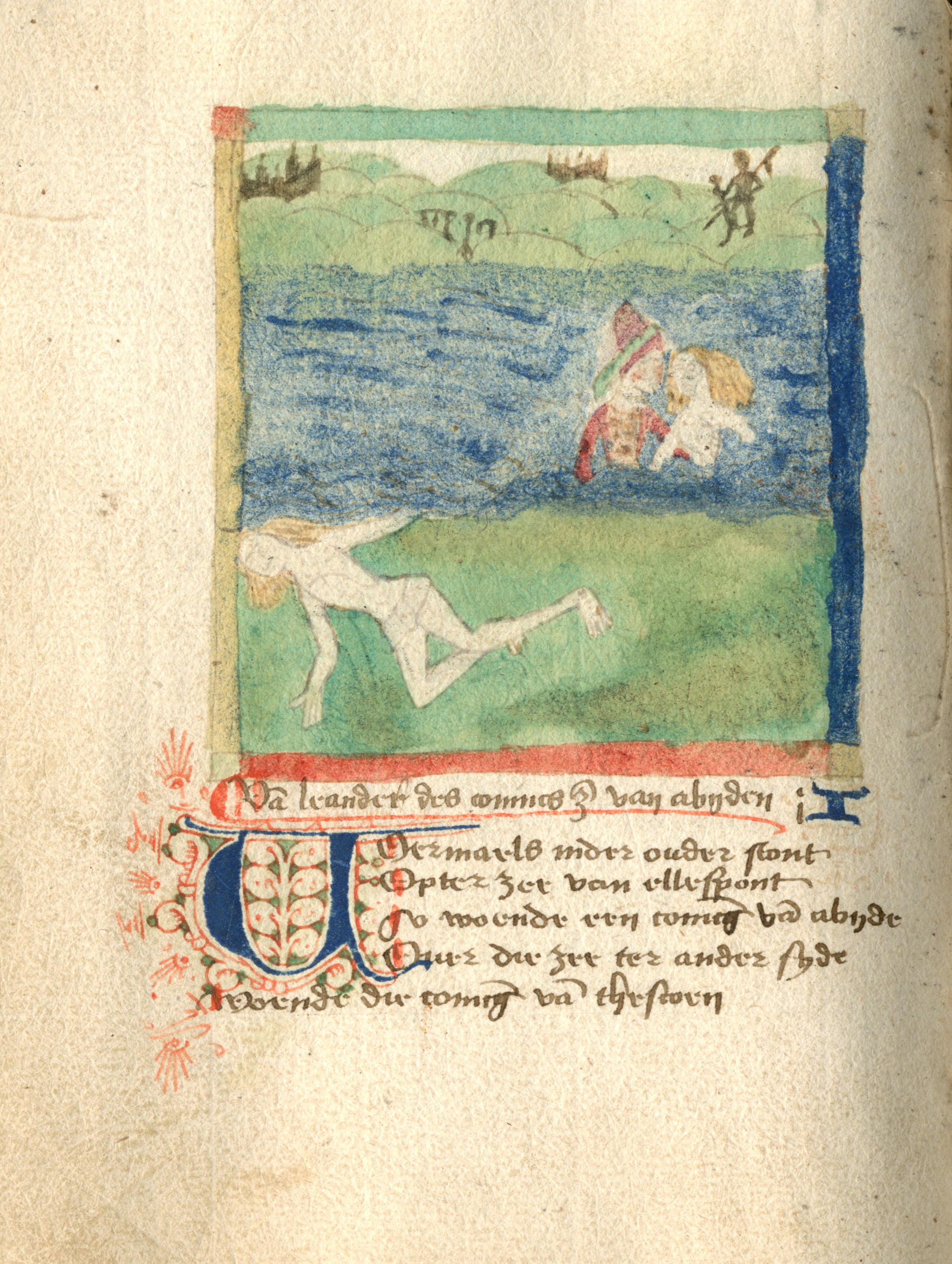