Leiden University Libraries recently acquired a rare eighteenth-century book at an auction in Belgium. It concerns a collection of engraved portraits of Leiden professors, supplemented with a city plan and several engravings of Leiden cityscapes.

Pieter van der Aa (1659-1733) was a capable entrepreneur and one of the most innovative publishers and printers in Leiden in the late seventeenth and early eighteenth centuries. Paul Hoftijzer, who wrote a book on Van der Aa, describes Van der Aa as a shrewd publisher with a fund consisting of a curious mix of high-quality scientific publications and richly illustrated popular works and travelogues for a large audience. Van der Aa lived in a house with a printing office in the Pieterskerchoorsteeg since 1688. In 1714 he moved to the Rapenburg, where he bought the house and gallery of the academy printer Abraham Elsevier and converted it into a modern house with a book- and printing shop. One year later, Van der Aa was appointed printer to the Academy. Van der Aa rendered a great service to Leiden University by taking on the publication of the 1716 library catalogue. He also printed a large number of dissertations for Leiden PhD students. Van der Aa amassed a gigantic amount of typeface material, copper plates and woodblocks in the building. He also owned an impressive private collection of scholar's portraits, prints and a collection of some 18,000 books.

Circa 1732, Van der Aa compiled a book from all sorts of engravings that were available in his printing house, under the title Le fondateur, les premiers curateurs, les plus renomméz professeurs et autres hommes célèbres qui ont servi & orné l'Illustre Académie de Leide depuis son établissement […]. This book, of which there is also an edition in Latin, was published in two parts that were bound together in one volume. Prior to a number of topographic maps and cityscapes, he added a beautiful, engraved title page and a concise word to the reader. In it, Van der Aa wrote: "I have promised to publish this edition of engravings for some years now. I have arranged the portraits according to rank and order. I hope to publish an edition by way of compendium shortly, presenting an overview of the lives and works of these scholars, as I already have the text ready in handwriting". Van der Aa died a year later. Despite this commitment and van der Aa’s plan, this volume has not been published.

The maps and town views of course all relate to Leiden: a map by Covens and Mortier published in ca. 1732; a profile of the city by F. Doesburg, six images of iconic buildings from the so-called Hagen prent of 1675 and views of the Hortus botanicus, the university library, the anatomical theatre and a beautiful print of the Leiden Sphaera (a model of the solar system powered by a clockwork from 1670; now on display in Museum Boerhaave) which was then on display in the university library. Following are 136 engraved portraits in decorative borders of professors, scholars and administrators of Leiden University, subdivided into the founder William of Orange and the curators (9), professors of theology (32), law (20), medicine (29), literature (36), 'doctores honorarii', which were honoured as the ornament of the university (7) and three portraits in an extraordinary category of the first librarian Janus Dousa Jr. and the theologians and regents of the ‘Statencollege’ Johannes Kuchlinus and Festus Hommius.

The book ends with a catalogue of engraved portraits and maps that were for sale separately or in a convolute at Van der Aa. ‘On trouve aussi dans la même Boutique un assortment general de Livres Curieux, comme aussi Cartes Geographiques, des Villes tant en plan qu'en profil, & des autres Tailles-douces’. Either Van der Aa made a selection from these materials himself and then had them bound, or visitors and students put together a selection themselves as a personal souvenir of an undoubtedly enjoyable and educational visit to Leiden and its university. 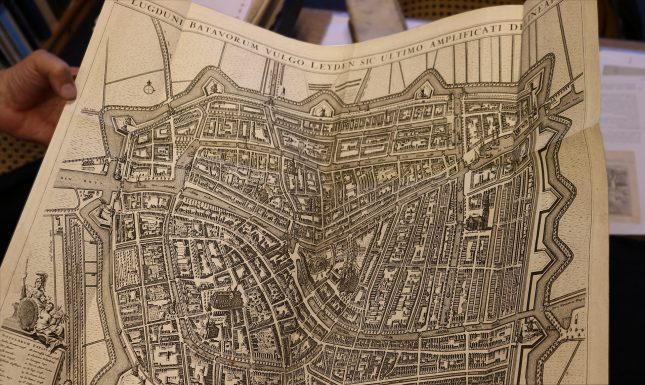 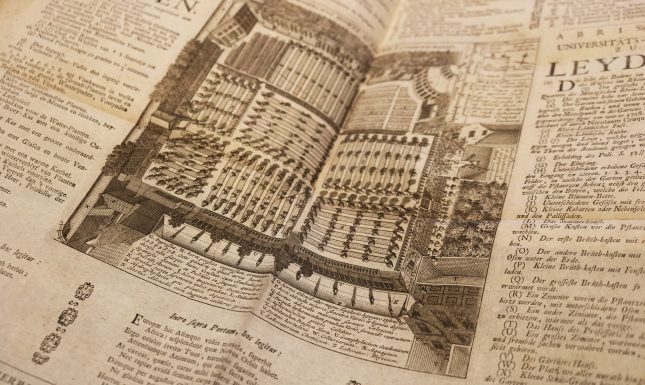 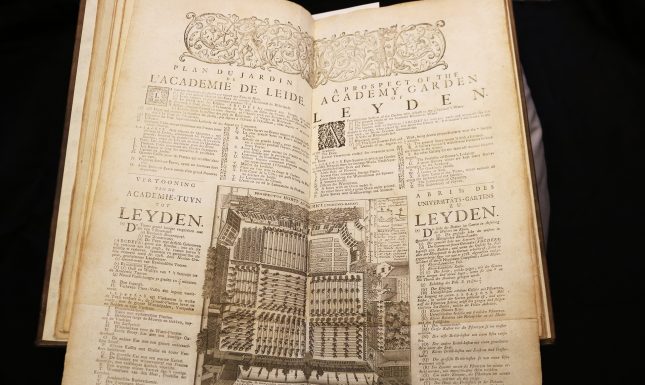 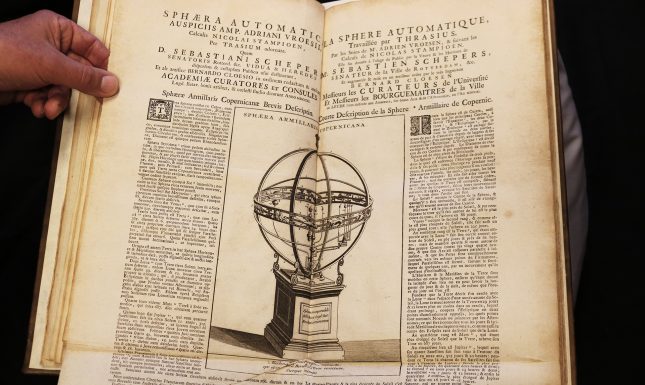