Johan Valckenaer (1759-1821) was professor of Constitutional Law at Leiden University in the last decade of the eighteenth century. Before coming to Leiden he had been professor at the now obsolete university of Franeker, where he was forced to resign due to his political activism, directed against the ruling house of Orange. While he was awaiting a new appointment at the university of Utrecht, Prussian troops entered Holland and came to the assistance of the stadtholder. Valckenaer had to leave the country for Belgium and soon afterwards for Paris, where he remained until 1795. In that year, after the republicans had triumphed against the house of Orange, he returned to Holland to take up his post at Leiden university. His appointment turned out to be not a very fortunate one. Valckenaer was more engaged in political activities than in tutoring the students. After little more than a year he resigned again and left for Spain as ambassador to the newly established Batavian Republic. 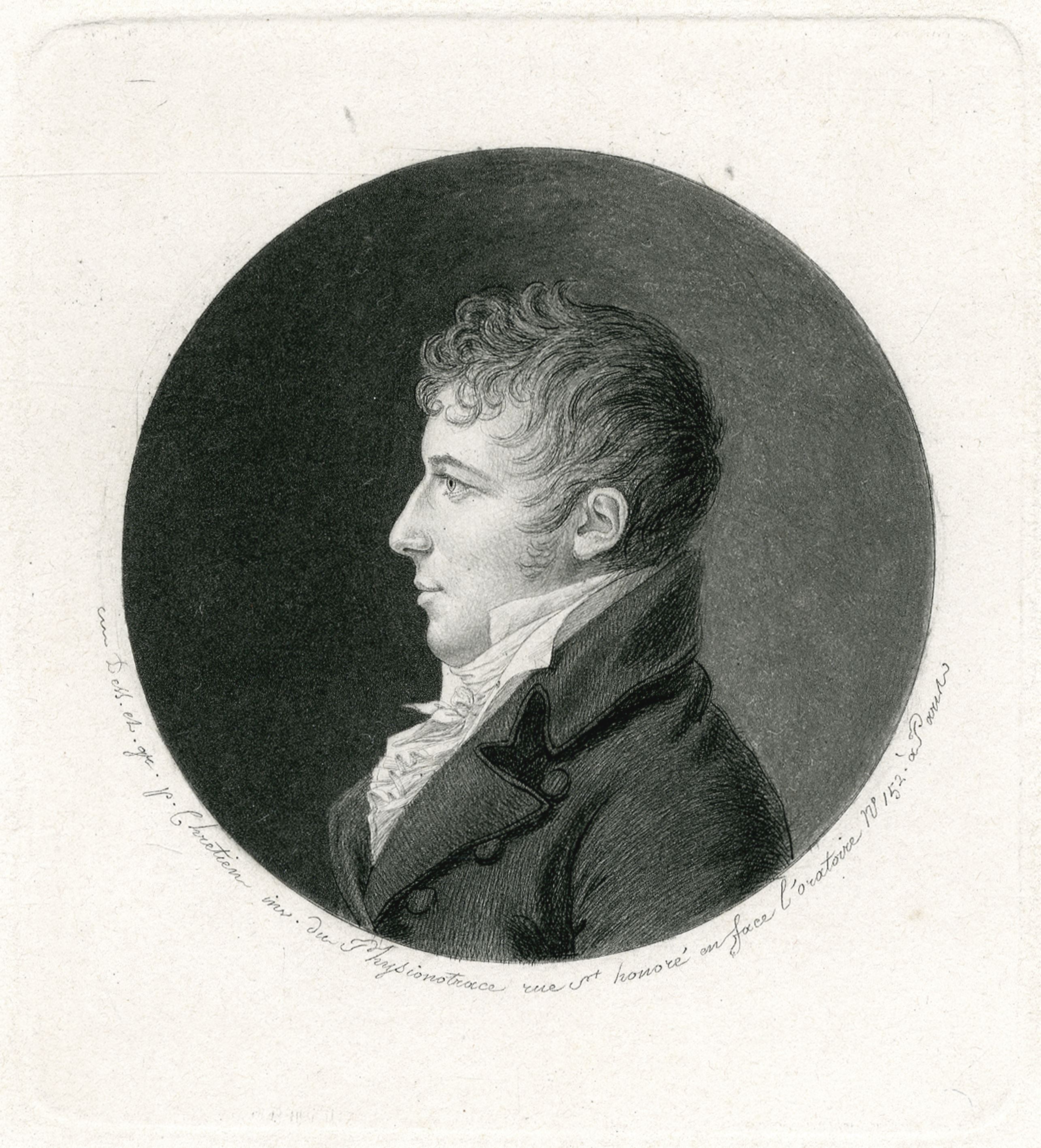 This small portrait (diameter 6 centimetre) is a so-called physionotrace, a technique developed by Gilles-Louis Chrétien (1754-1811), that enabled the artist to create a lifelike portrait in a short time, using mechanical resources. Besides, the portrait could be produced in great quantities. The face of a sitter was traced in profile onto a glass plate while some sort of pantograph was used to sketch the outlines and details onto a brass plate. This plate was supplied with an aquatint grounding in which further details could be created. Finally the plate was printed like a regular engraving or etching. The whole procedure took little more than an hour. The physionotrace became extremely fashionable in Paris and many foreigners residing in the city had their portrait done this way. These included the many Dutch republicans that lived in the post-French Revolution capital. For a short period a specialized firm was even established at The Hague that produced physionotraces but essentially the technique remained a French affair. In the 1840s, it would be replaced by the new invention of photography.