The text wasn’t like anything readers had ever read before, not in as far as its content was concerned, nor in its structure. It seemed to belong more to the world of poetry than to that of prose. 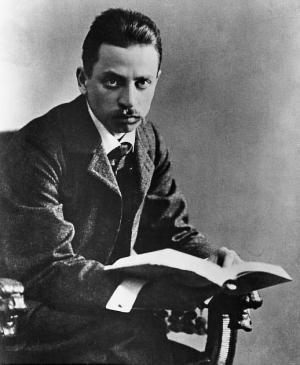 31 May 2010 is the centennial of the publication in Leipzig of Die Aufzeichnungen des Malte Laurids Brigge (The notebook of Malte Laurids Brigge), Rainer Maria Rilke’s early masterpiece. The novel – or prose text as Rilke preferred to call it – caused a small revolution in the literary world. The text wasn’t like anything readers had ever read before, not in as far as its content was concerned, nor in its structure. In fact Rilkes book seemed to belong more to the world of poetry than to that of prose. And following the publication of Neue Gedichte (New poems, 1908) and Der neuen Gedichte anderer Teil (New poems, the other part, 1909) it had indeed been as a poet that Rilke had received substantial recognition .

Die Aufzeichnungen des Malte Laurids Brigge could be taken as a kind of prose sequel to his earlier poetry. The blend of the diary-like notes of the young Danish writer and patrician Malte Laurids Brigge with his childhood memories and those of his family, together with the highly personal, poetic stream of thoughts, in absence of a lineary or chronological structure constitutes a rather unique book which only opens up to its reader after close and repeated reading. Die Aufzeichnungen des Malte Laurids Brigge became one of the first important Modernist texts, ahead of contemporaries like Franz Kafka, Hermann Broch, James Joyce or Thomas Mann. 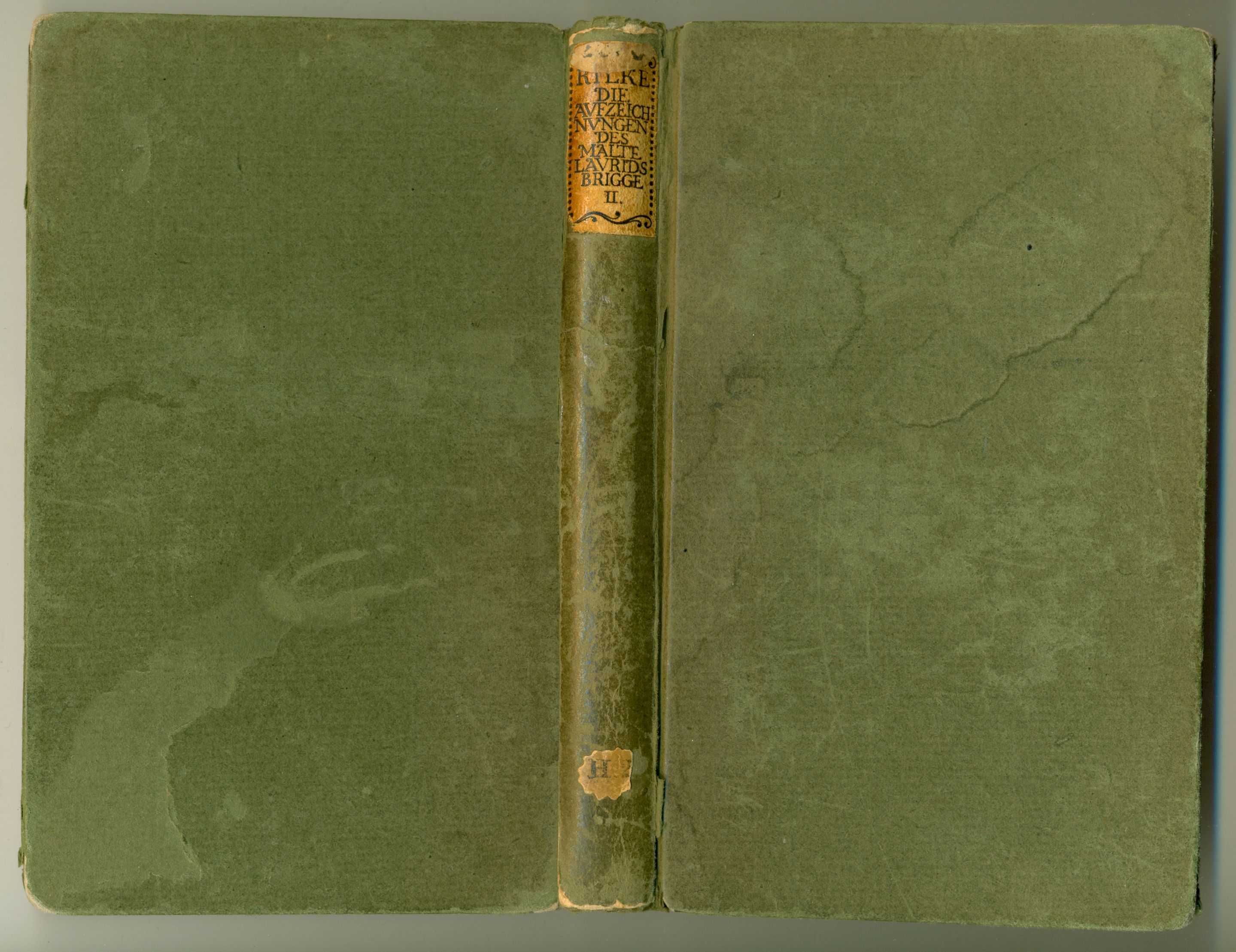 Rilke had started the work on his book in February 1904. He was going to continue working at it for six years, until early 1910. His publisher, Insel Verlag, divided the text over two small volumes. The author received a fee of 2700 German Marks for the first three editions, comprising a total of 3300 copies. The copy in the library of Leiden University is from the third edition that was published in the same year as the first one. The book entered the library collection in 1957 as part of the bequest of Rev. A.E.K. Bolland. Whether it was Bolland himself who added the disfiguring inscription on the title-page remains unknown. 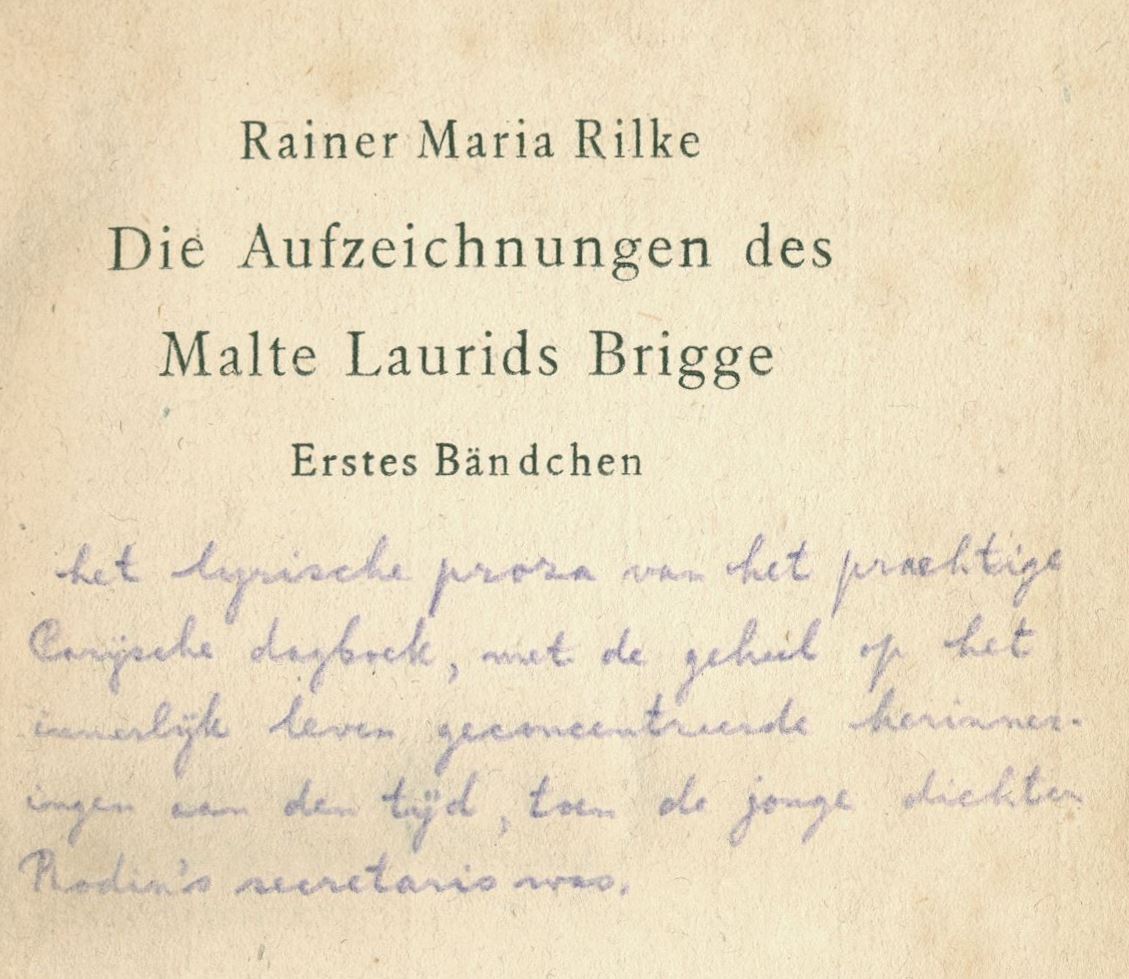