Schaefers’s daguerreotypes of the Borobudur

In 1844, the German photographer Adolf Schaefer was recommended by Ph. F. von Siebold, advisor to the Ministry of the Colonies, to document the antiquities of the island of Java.

Schaefer received a large sum of money to travel to Paris to buy new equipment and visit Louis Daguerre for some first-hand instruction. According to Schaefer, Daguerre took great interest in his plan to photograph in the tropics and taught him some new techniques. Schaefer spent more than 4000 guilders on equipment, chemicals and plates and in April 1845 he was ordered to "start without delay" to photograph archaeological sites, directed by the Bataviaasch Genootschap. 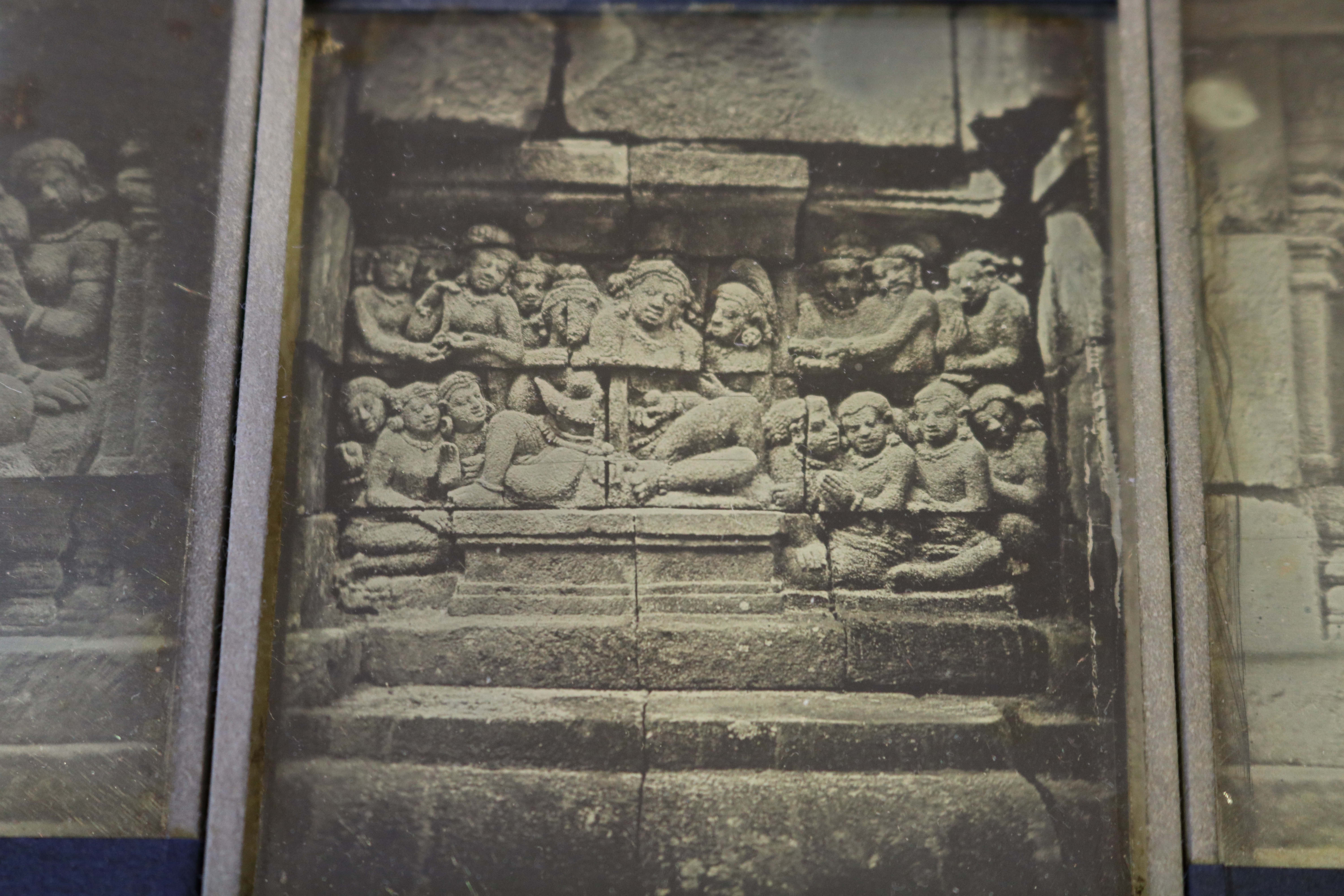 ln September 1845, Schaefer departed from Batavia with horses and luggage, for a ride of 450 kilometres to the Residence Kadu, where he started photographing Borobudur, the great Buddhist temple, under direction of the archaeologist Van den Ham.

Once at the Borobudur, Schaefer documented several of the intricate bas-reliefs carved into the stone corridors of the structure. In a memorandum, Schaefer outlined the troubles he had making these daguerreotypes. The existing circumstances made the preparation of the plates, which Schaefer did himself, turned out to be very difficult. There was no suitable space for a darkroom in the house that had been allocated for his use, and wind and dust could enter freely into the open building. Schaefer requested that a European-style house be built in which an adequate darkroom could be made.
Setting up the camera proved even more difficult, because the narrow corridors in the Borobudur made it impossible to achieve an appropriate distance. His lenses were too long to focus on the extended stone bas-reliefs in the narrow corridors, and he was unable to show a complete bas-relief in a single daguerreotype. Schaefer solved this problem by making several daguerreotypes and mounting them next to each other in a frame.
Van den Ham, however, was not satisfied: He insisted that, for scientific purposes, the bas-reliefs should be photographed in their original sequence and he felt that the composite pictures did not give an effective impression of the real structures. 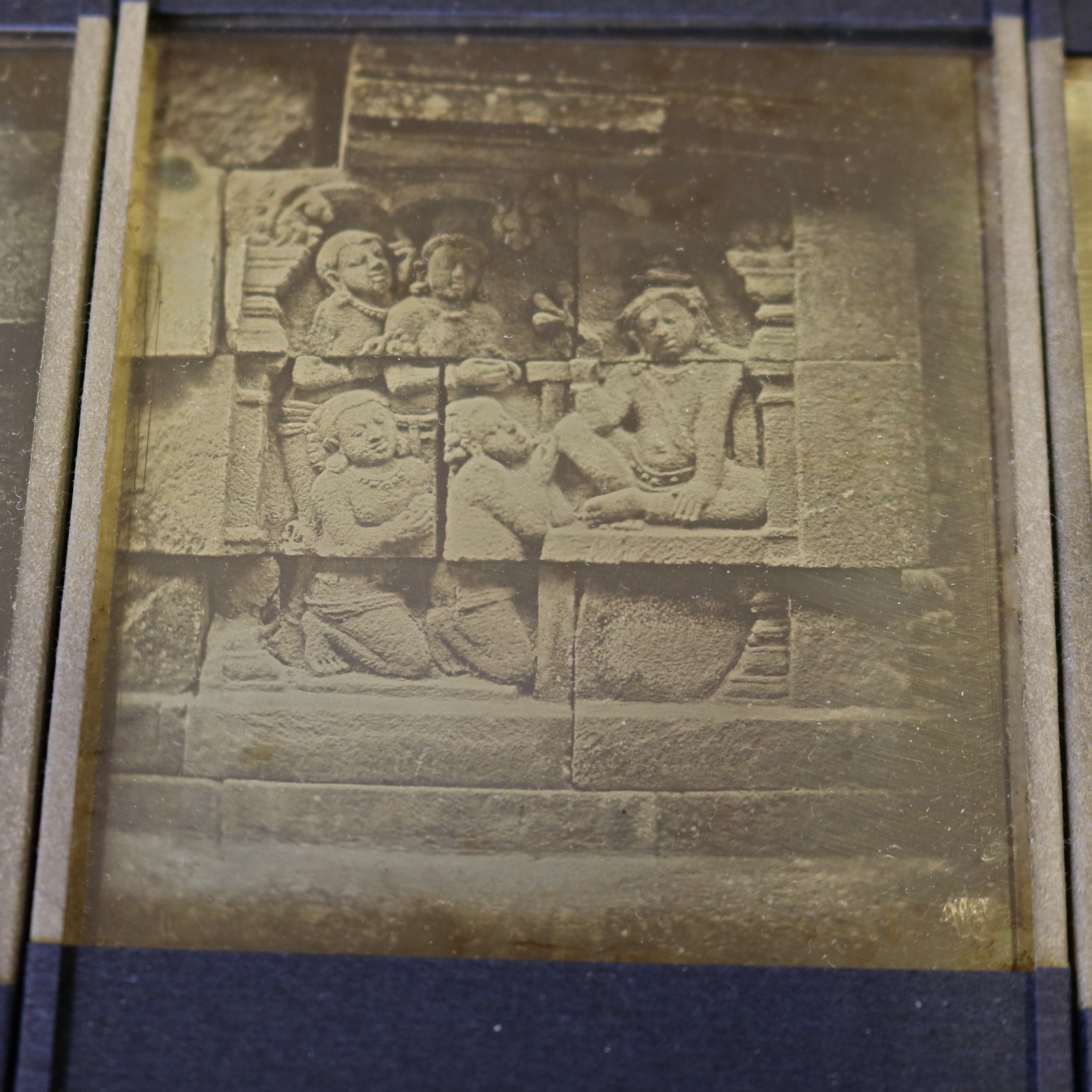 Schaefer estimated that to photograph all the reliefs on Borobudur, 4000 to 5000 plates and four to five years of work would be required. He was prepared to undertake this task, but only under certain conditions: He wanted to be employed as a civil servant by the government of the Dutch lndies, or he insisted on a payment of 150.000 guilders in monthly instalments. This was an enormous sum for the period and beyond the financial capacity of the colony. Schaefer suggested publishing his daguerreotypes as engravings, as a means of raising the money for the project, but his offer was not accepted.
By this time, van den Ham had died and the Governor-General decided to stop the project, since it was no longer possible to direct Schaefer's work academically. Still, Schaefer's daguerreotypes are the earliest source of documentation for scientific research of the Borobudur. 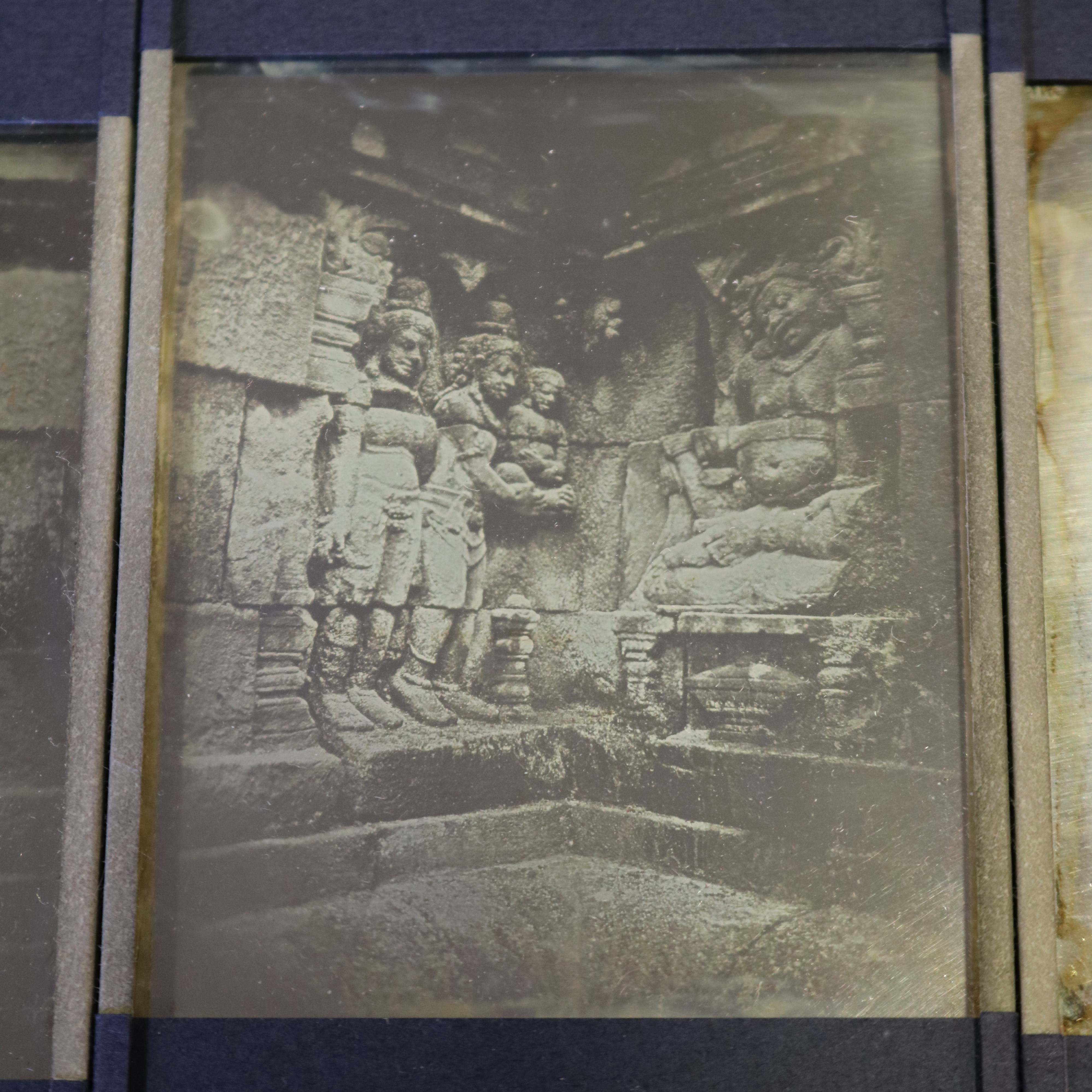 A selection of Schaefers’ Borobudur daguerreotypes from Leiden University Libraries’ Special Collections will be on display from 1 October 2019 until 24 June 2020 at the Wereldmuseum in Rotterdam as part of the Dossier Indië exhibition.