In the poem about prince Kertapati and lady-in-waiting Ken Tambuhan love and virtue are eventually rewarded, thanks to both human and divine intervention.

The title of the poem (syair in Malay) takes its name from the heroine Ken Tembuhan. It belongs to the classical Malay literature. Syair Ken Tambuhan is a tale about prince Kertapati of Kuripan (in Java), who is destined to marry a princess from a neighbouring kingdom. When hunting in the pleasure garden of his royal father, the prince meets the lady-in waiting Ken Tambuhan. In reality she is the princess Raden Puspakencana, born in a kingdom which was once defeated, and who is detained at the court of Kuripan as a hostage.

The prince and the lady fall immediately in love, and get secretly married to the great anger of the queen. By ruse the queen manages to separate the lovers and sends her son away to hunt deer. In the meantime she has Ken Tambuhan killed by an executioner in a lonely spot in the forest. Finding her body, the prince commits suicide. Thanks to the intercession of gods the two lovers are brought back to life. In the end they are solemnly married and become queen and king of Kuripan.

Syair Ken Tambuhan is not only a beautiful poem to the the Malay readers, but it is also very attractive to a Western audience. It deals with universal themes where love and virtue are eventually rewarded, thanks to both human and divine intervention. 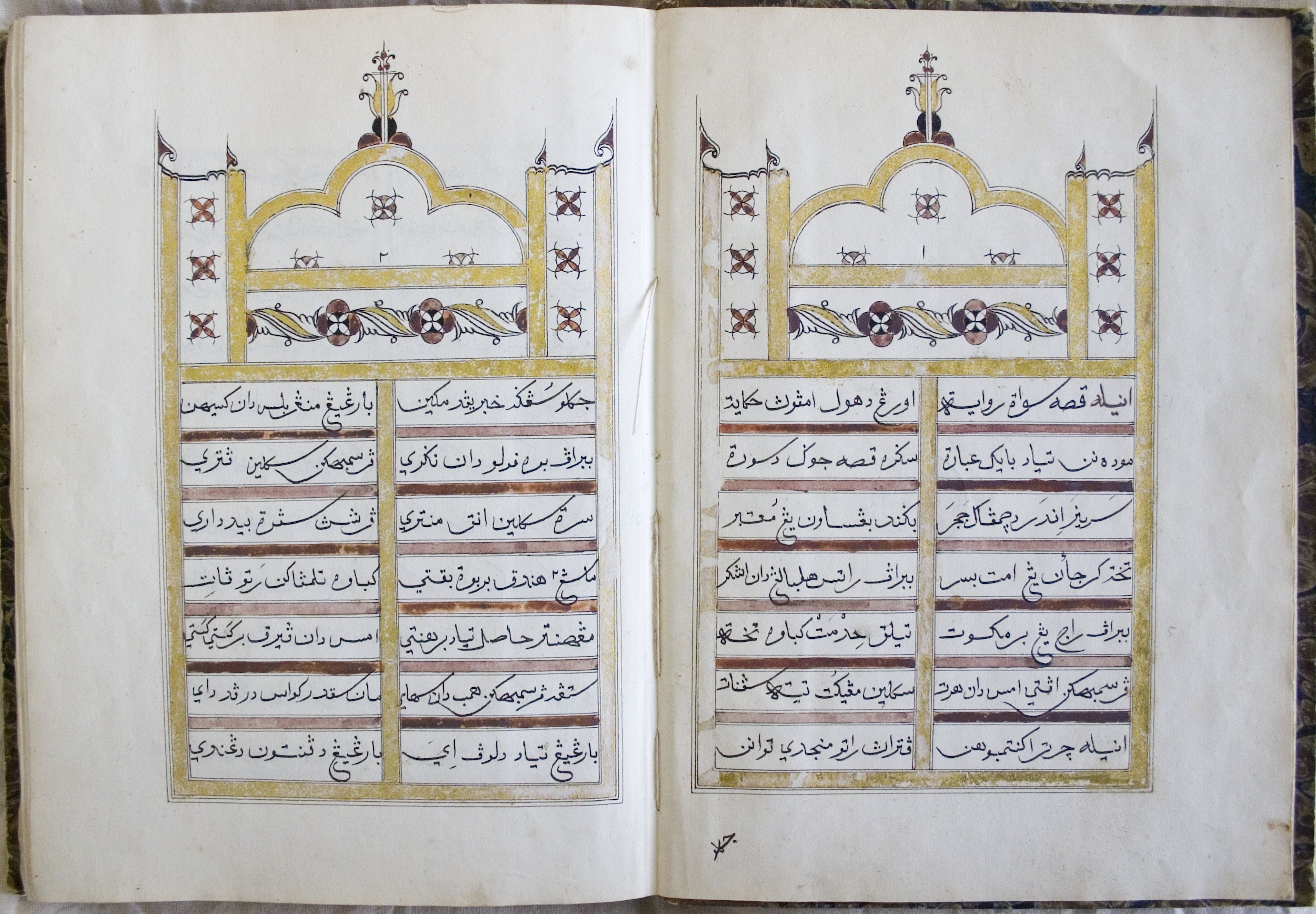 For several reasons it is also an important text. In the first place it is one of the most famous works from the classical period of Malay (or Indonesian) literature. Many versions of the Syair Ken Tambuhan have come to light which vary from one another in many ways. Scholars agree that the origin of the romance should be sought in the classical Javanese literature, from there it spread to other Indonesian literature and also outside to Thailand. The fact that this story is so widespread makes it in the second place very interesting. In Javanese literature there are many variants as well. Actually it is so important that it covers a separate study field within Indonesian literature. There it is called the Panji story just after the name of the hero (Panji)

Though the period of composition of this poem is not known, one can assume that it was written in the eighteenth century. The oldest known manuscript dates in any case from 1791. The manuscript presented here is not dated, but arrived in Leiden before 1871. The University library holds five other slightly different versions of the Syair Ken Tambuhan.