The Decorations of Brugmans, or, How a Leiden Professor became a Hero at Waterloo

By his display of vigour and efficiency, Brugmans saved the lives of many casualties.

Sebald Justinus Brugmans (1763–1819), was Professor of Botany, Chemistry, Medicine and Natural History at Leiden University. As rector magnificus he guided his academy without too much damage through the turbulent final years of the French occupation, after Napoleon had annexed the Kingdom of Holland to the Empire (1811–1813). In the oil painting made of Brugmans in 1815 by Charles Howard Hodges, the Leiden professor is portrayed with three medals on his frock coat. King William I of the Netherlands conferred the Order of the Dutch Lion on him; the Russian czar honoured him with the Order of Saint Anne, and the King of Prussia gave him the Order of the Red Eagle. Why did Brugmans receive these honours?

Brugmans was not only a professor, but also for many years director of the Dutch Army Medical Corps. During this time he had noticed that gangrene becomes rampant among wounded soldiers in hospital, and that this mortal disease could only be efficiently combated with hygienic measures such as ventilation, an adequate distance between the beds, isolation of infected patients and the disinfection of wards and mattresses. In 1814 he had written a prize-winning treatise on this ‘hospital mortality’.

On 18 June 1815 the Duke of Wellington, Marshal Blücher and their allied armies vanquished Napoleon’s Grande Armée at Waterloo, just south of Brussels. The battle lasted almost ten hours. At nightfall the battlefield was littered with the bodies of forty thousand dead or wounded soldiers and ten thousand horses. 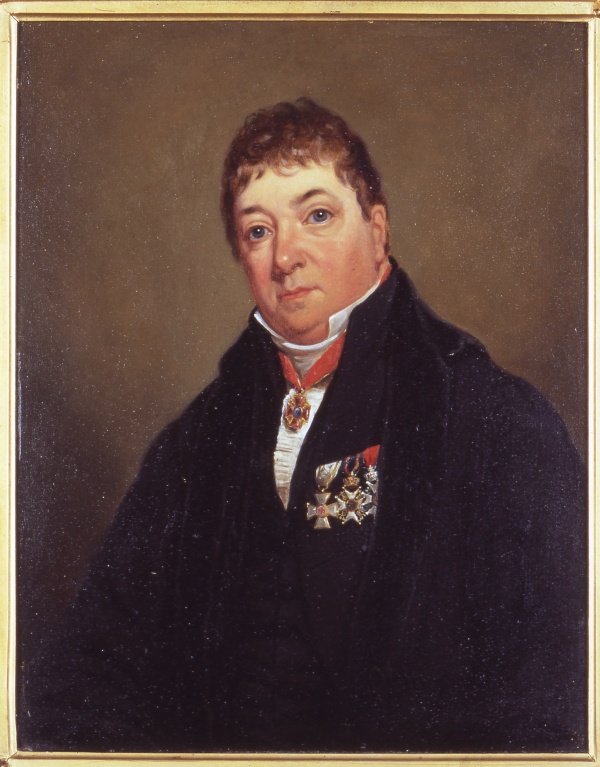 As inspector general of the Dutch Medical Corps, Brugmans received marching orders on the same day – 18 June – to travel to Brussels to organise the medical care of the casualties. He arrived in Brussels on the day after, while thousands of wounded soldiers – Prussian, English, Dutch and French – came pouring in from the battlefield. They were quartered not only in hospitals, barracks and churches, but also in private homes. With so many casualties in one single place there was an extremely high risk of gangrene and other contagious diseases.

Nevertheless, Brugmans managed to organise adequate medical care for friend and foe within only a few days. He mustered all available doctors, surgeons and medical students, gave them proper instructions, assigned them to divisions and sent them into the town on daily rounds to help the wounded. These were dispersed as quickly as possible; the heavily wounded remained in Brussels in well-ventilated places, while the others were transported to neighbouring towns.

By his display of vigour and efficiency, Brugmans saved the lives of many casualties, and as a mark of gratitude he received these honours.