The Quran explained to Turkish readers

Old Anatolian Turkish translation from the 16th century as a source for linguistic research.

Turkish Muslims usually learn to recite the Arabic Quran – or at least part of it –, but that does not necessarily imply that they understand Arabic. Turkish and Arabic are linguistically unrelated. To remedy this problem, translations were made from an early date. These were traditionally regarded as a mere study aid, but never as a source of theological or legal knowledge. The modern Turkish internet generation, however, hardly perceives this as an obstacle. The translations occur as separate texts, but also between the lines of the Arabic text.

Because the Arabic source text is stable, the Turkish translations offer a wealth of information for linguistic research. By comparing the different translations one can follow the development of Turkish through the centuries.

The ‘interlinear’ translation in Cod. Or. 504 is in Old Anatolian Turkish. The vowelless Arabic script is provided with tiny vowel signs in both language versions, which is helpful in the historical reconstruction of Turkish pronunciation. The manuscript was copied on 1 July 1520 in Gallipoli, not far from Istanbul. It was purchased between 1645 and 1665 by Levinus Warner, a Dutch diplomatic representative in Istanbul, who left it to Leiden University on his death. 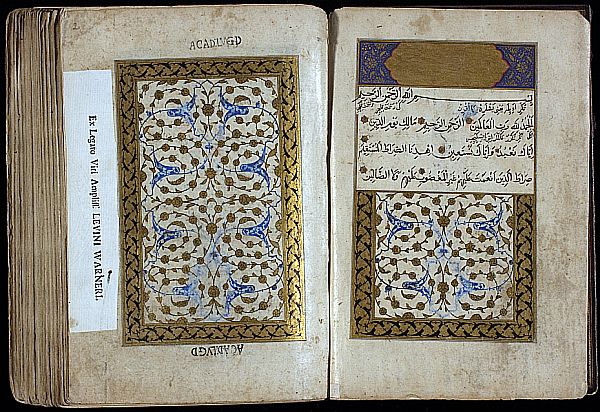