The Raid on the Medway by Rens Krikhaar

In 1667 the Dutch fleet took the English by suprise on the river Medway.

During the night before 11 June 1667 the Dutch fleet under the command of Admiral Michiel de Ruyter sailed up the Medway near Chatham, east of London, where a number of English men-of-war were moored at the docks. Taking the English by surprise, the Dutch sank no fewer than thirteen ships and captured two: the Unity and the English flagship Royal Charles, whose stern piece is still on display at the Rijksmuseum in Amsterdam. The assault is known as the Raid on the Medway or the Battle of Chatham. Perhaps not the most courageous attack, it proved to be very effective and eventually led to the ending of the Second Anglo-Dutch War. Painted or drawn by a number of prominent marine artists such as Willem van de Velde the Elder, Willem Schellinks and Romeyn de Hooghe, the battle entered Dutch national history as a feat of naval pride. 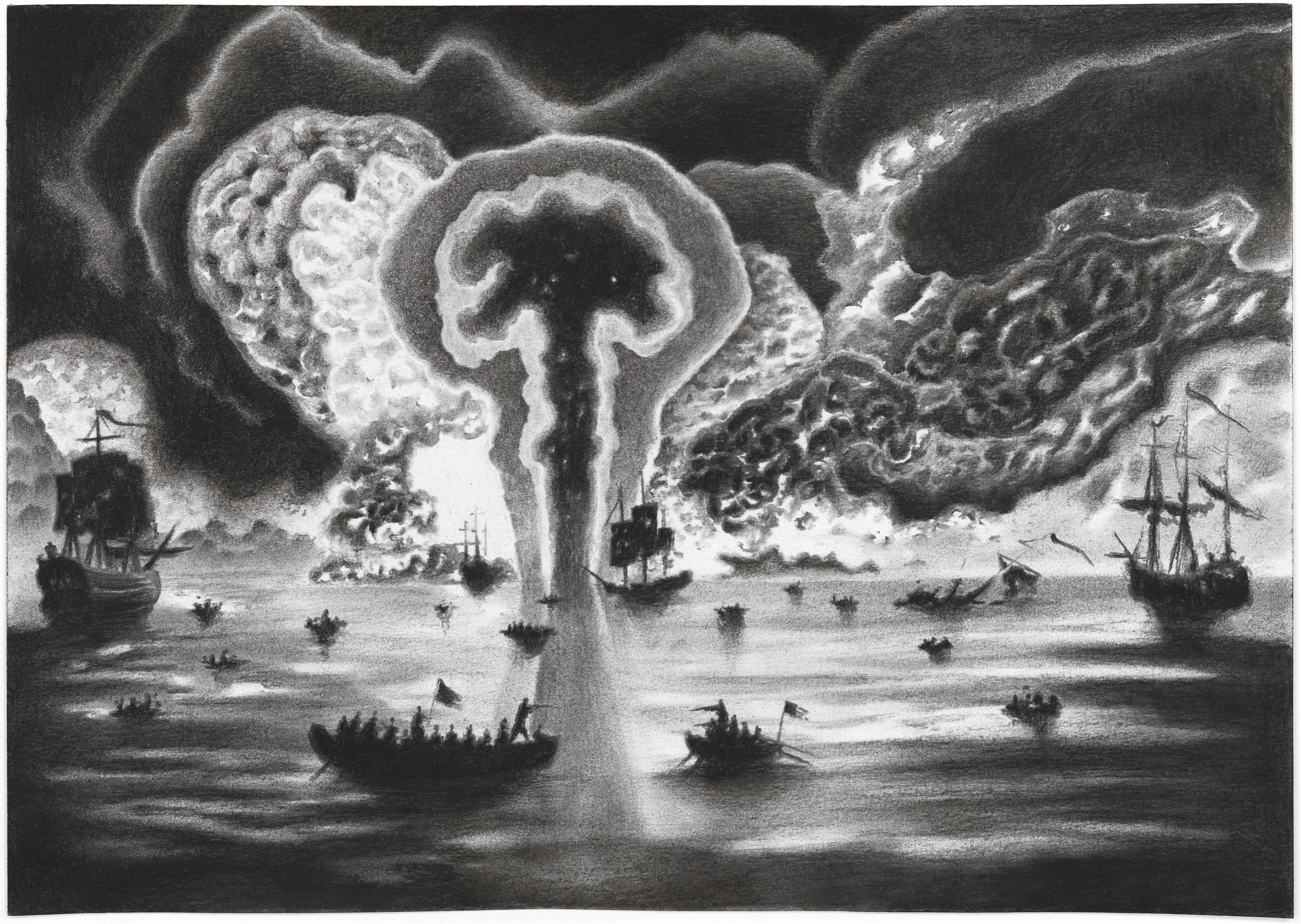 One of the acquisitions of 2014 is a drawing by the Hague artist Rens Krikhaar (1982) representing the Raid on the Medway. In a nightly vision of ships scattered over the sea, large ornamental columns of smoke originate from the burning ships, blackening the sky. The atrocities of the battle have frozen into a slightly surreal scene. Krikhaar has been fascinated by naval history for some time. In a number of paintings he portrayed episodes from the life of the legendary pirate Zymen Danseker, while a series of drawings show fantastical scenes figuring giant sea monsters. Krikhaar’s drawings are not intended as historical re-creations. Instead, they expose the almost absurd recklessness of these naval battles.